The UK Government published a Command Paper and supporting decisions of the Joint Committee setting out what has been agreed for the implementation of the Northern Ireland Protocol. This documentation builds on the guidance that had previously been published to help businesses prepare for changes at the end of the transition period.

The key guidance on gov.uk is:

It is important to note that the Northern Ireland Protocol is separate to, and not impacted by the UK-EU Trade and Cooperation Agreement.

Given the ongoing negotiations on the Protocol and the fact that diversion of trade is already occurring, the Government has decided to extend the current arrangements for moving goods from the island of Ireland to Great Britain for as long as discussions on the Protocol continue. This means that goods moving from the island of Ireland directly to Great Britain will continue to do so based on the arrangements that apply currently and will not, for now, be affected by the changes being introduced on 1 January 2022 for all other inbound goods.

Under the agreement, businesses in Northern Ireland have unfettered access to the rest of the UK internal market from 1st January 2021. This means:

To deliver this the UK has defined, in law, “qualifying goods” to set out specifically what goods are eligible for unfettered access to Great Britain. There are a small number of very specific exceptions to this, as set out in the declaration on export declarations.

*There are new requirements for moving highly-regulated products, such as chemicals, from Northern Ireland to Great Britain.

There are some new processes for traders. This includes new digital import declaration requirements, and digital safety and security information, for goods entering Northern Ireland from Great Britain.

To support businesses adjusting to these new requirements, the UK Government has launched a new Trader Support Service. This free service will deal with formalities (such as import declarations and safety and security information) on behalf of traders.

The CAA will continue to regulate aerospace companies in Northern Ireland, so there are no new regulatory requirements.

Goods 'at risk' of moving into the EU

Goods ‘at risk’ of moving into the EU

When importing goods into Northern Ireland, whether from Great Britain or another non-EU country, the EU tariff will only be paid if the good is deemed ‘at risk’ of moving into the EU. Thankfully, the UK-EU Trade and Cooperation Agreement removes tariffs on goods moving into Northern Ireland from Great Britain. The information below does however still apply to goods imported from other non-EU countries.

The Joint Committee has come to a decision on how businesses can ensure their goods are not incorrectly deemed ‘at risk’, and therefore not subject to EU tariffs when they are moved into Northern Ireland.

Businesses established, or with a fixed place of business, in Northern Ireland are able to apply for authorisation through the UK Trader Scheme. Once a business has applied, it will receive provisional authorisation to undertake that the goods it is importing are not ‘at risk’ of onward movement to the EU. This will be the case until February 2021.

Applications made after the end of February 2021 will take up to a month to process and there will be no provisional authorisation.

Goods are not ‘at risk’ where either:

Goods moved for sale to, or final use by, end consumers are considered not ‘at risk’ when moved by businesses authorised under the UK Trader Scheme.

Applications made after the end of February 2021 will take up to a month to process and there will be no provisional authorisation.

Goods being moved into Northern Ireland for processing are deemed ‘at risk’, however businesses can declare their goods not ‘at risk’ through the UK Trader Scheme if:

In common with how import processes work more generally, the import processes and duty are based on the actual goods that enter Northern Ireland and cannot take into account what they might later become. Crucially, this means that materials moved to be processed into aircraft parts, and therefore ultimately qualify for zero tariffs under the WTO Airworthiness plurilateral, will be considered ‘at risk’ on entry to Northern Ireland and therefore the EU tariff will be charged.

Mitigations that members could consider:

For goods in free circulation in Northern Ireland moving to the Republic of Ireland or other EU member states there is:

This treatment will also apply to goods moved under transit from Northern Ireland to the EU via Great Britain. Further guidance on transit is available here.

Northern Ireland is, and remains, part of the UK’s VAT system. There is no requirement for a new VAT registration for sales of goods in Northern Ireland. If a business is already VAT registered, the existing VAT registration is unaffected. Businesses should continue to account for VAT on all sales across the UK through a single UK VAT return, which contains the same boxes as now.

For businesses unfamiliar with these processes, detailed guidance on VAT arrangements when moving between Great Britain and Northern Ireland can be found on gov.uk.

For businesses moving goods under the protocol (between Northern Ireland and the EU), there are only minor changes to existing arrangements: 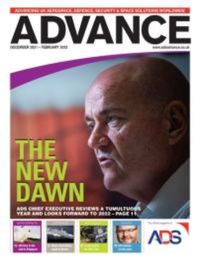