At DSEI last week, the Women in Defence Charter unveiled its new strategy. It sets the ambition of achieving a minimum of 30% female representation at all levels across the defence sector by 2030.

The strategy was launched at a panel event alongside a report produced by HR Data Hub in collaboration with Charter signatories. The report revealed that:

The report concluded that increasing representation at senior levels throughout the sector would need to be an ongoing aim of signatories.

Sophie Thomas, industry Co-Chair for the Charter, then announced three strategic priorities that will form the Charter’s new strategy:

Ruth Carnie, Patron of the Charter and Chair of Babcock International Group, stated that it was fantastic to have the Charter’s new report as a ‘call to action’. She noted that its findings were ‘shocking but, at the same time, not surprising’. She highlighted three key things to making progress:

Sir Simon Bollom, Chief Executive of Defence Equipment and Support (DE&S) agreed that leadership on gender diversity is crucial, with seniors needing to lead by example. He also pointed to mentoring as important for encouraging women to progress within an organization. Morag Stuart, MOD Gender Co-Champion and Director of Commercial Improvement at DE&S, stated that it is vital there is a clear ambition for the whole industry to sign up to, hence the importance of the Charter’s new strategy.

Finally, Jeff Lewis, CEO of Raytheon UK, noted that COVID-19 lockdowns had proved that businesses can operate differently and accommodate family-friendly policies in ways not previously imagined. He emphasized that both statistics and his own experience reinforced that diverse groups perform better.

ADS Director of Defence, Caroline Donaghy, reacted to the launch of the strategy, saying:

“I am thrilled to see the launch of the Women in Defence Charter’s new strategy today and support their ambition of seeing 30% of women across all levels of the defence sector by 2030. ADS are a proud supporter of the Charter and we are keen to help our members achieve greater gender balance over the next decade.”

Members who signed up to DSEI can watch the panel event again here and find out more about the Women in Defence Charter on their website. 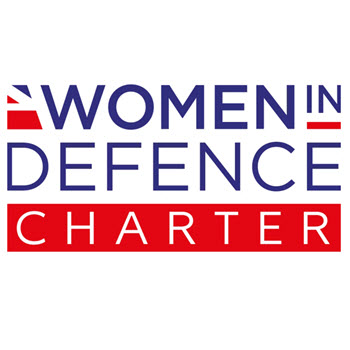