With now just under 4 weeks to go until the opening of the 2016 Farnborough Airshow, we take a look back at the unique history the airshow has with perhaps the most iconic aircraft ever produced by the UK’s Aerospace industry – Concorde.

It could be argued that the Concorde was born at Farnborough. Not only were engineers at the the Royal Aircraft Establishment (RAE) at Farnborough studying and reporting on the ‘slender-delta concept’ for a revolutionary new wing design during the 1950s, but it was through a meeting between BAC and Aerospatiale in same period, which spawned the collective idea of developing a supersonic airliner. The RAE’s Aerostructures building, which was constructed to test Concorde, even received a royal seal of approval from the Queen – as can be seen in the video below, complete with Concorde mock up models:

In 1962 Concorde concepts were shown to exhibition audiences at the show, and the aircraft first displayed to crowds in 1970 (the picture attached to this blog showing the 2nd ever prototype flying in 1970).

Over the last 40 years, Concorde appeared at the show over 10 times throughout its lifetime, with a wide range of different types and prototypes wowing the Farnborough crowds.

In 1972 the 1st British prototype Concorde 002 made its second appearance at the show, and was followed in 1974 by the 1st pre-production Concorde – which would fly in daily from Fairford to open the flying display. Concorde 01 would go on to make 168 supersonic flights as a crucial part of the development and route proving tests, eventually ending up at the Imperial War Museum in Duxford.

After appearances in 1976 and 1978 (including an impressive touch and go in 1976), Concorde G-BOAF displayed in 1982. G-BOAF was the last of the production Concordes and also the aircraft tasked with the type’s final ever flight. It departed Heathrow and flew to Filton, where it was originally built, on Wednesday 26th November 2003, and can now be seen as an exhibition celebrating the people who built her here in the UK.

In 1988, 1990 and 1994 respectively, G-BOAC, the flagship aircraft and British Airways’ 10th Concorde exhibited on the ground and displayed in the air – with the airshow helping to celebrate Concorde’s Silver Jubilee anniversary in 1994. The aircraft was also responsible for carrying royalty in 1998, when it ferried the Duke of Kent to sample the experience of the world’s largest airshow.

The appearance of Concorde at Farnborough in 2000 was to be its last – as the tragic accident in Paris in July 2000 brought about the aircraft’s retirement in 2003. The aircraft’s final appearance represented one last visit to the place where it was conceived, born, tested and eventually displayed to a British public proud of the capabilities and expertise of its world leading aerospace industry. 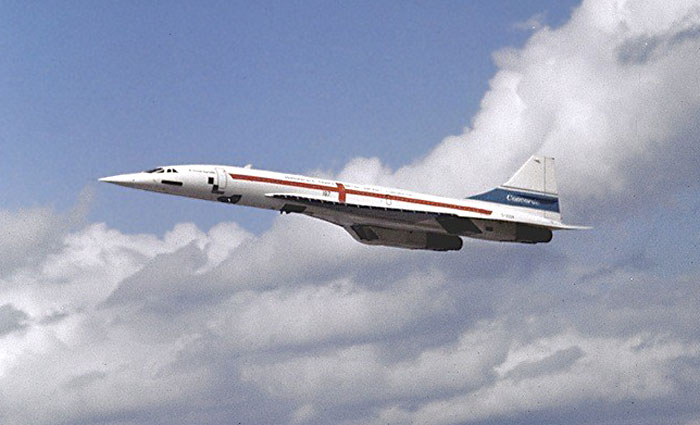