The paper’s proposals relate primarily to England and Wales, as prisons are a devolved matter in Scotland and Northern Ireland. Overall, the paper has two main focus areas: firstly, the shorter-term aims of the restoration of stability to prisons through improved security and the recruitment of more staff, and secondly, the longer-term aims of increasing the autonomy and empowering prison governors – whilst also holding them to account.

A number of pressing security challenges are identified, including the need to:

The key points of the paper are:

In more detail, among its measures, the whitepaper supports:

With rates of violence in jails continuing to rise, with assaults on prison officers in English and Welsh jails reaching almost 6,000 incidents a year, the timing of the white paper is fitting.

[1] White papers are policy documents produced by the Government that set out their proposals for future legislation. White papers are often published as Command Papers and may include a draft version of a Bill that is being planned. This provides a basis for further consultation and discussion with interested or affected groups and allows final changes to be made before a Bill is formally presented to Parliament. 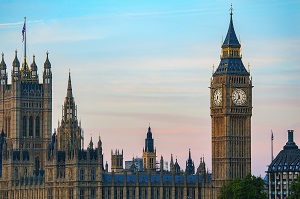