EU Aviation Safety regulation for a No Deal Brexit

This regulation (2018/894) was passed by a resounding majority of 603 to 3, reflecting the cross-party understanding that aviation is an industry where safety of passengers and aircraft comes first, and requires certainty about their legal framework.

The next steps are for the European Council, representing the member states’ governments, to vote in favour of the regulation. As the amendments in parliament are believed to reflect the Council’s position, this should be a formality.

This was an extremely fast passage through the European Parliament, as the regulation was only proposed by the Commission on 19 December. The regulation will become law the day after it is published in the Official Journal of the European Union and will come into force the day after the EU treaties cease to apply to the United Kingdom (unless a Withdrawal Agreement is concluded in the meantime).

The effect of this, in the event of a No Deal Brexit, will be that:

EASA will need to confirm how they will be interpreting this regulation, as differences of interpretation have already been discussed by ADS members. The regulation should provide a safety net, but at this stage we can’t say for certain that we know what all its effects will be. Companies would be well advised to continue efforts to apply directly to EASA for Third Country approvals, as below, to ensure continued recognition under the EU aviation safety regime, and to retain existing CAA or FAA approvals.

EASA has opened a special Third Country approvals system for UK companies to apply directly to EASA for approvals, principally production and maintenance, which will be needed for the continued and new release of parts, maintenance etc after the UK leaves the EU. This is currently at a reduced cost for UK companies, but may revert to the full costs after Brexit. 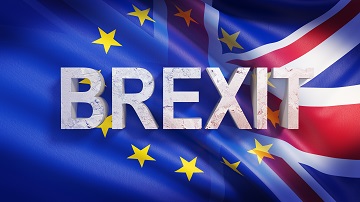