Ensuring the UK’s aerospace sector succeeds during and beyond Brexit

While the UK’s exit from the EU presents major uncertainty, by continuing to work together, industry and government can maintain economic stability and ensure the UK’s strategically important aerospace industry is supported and remains globally competitive.

The UK’s aerospace industry is a national success story, turning over £31bn annually and providing 128,000 high-value jobs. The anticipated rise in global aircraft traffic over the next 20 years looks set to drive demand for more than 33,000 commercial aircraft worth $5.2 trillion. With the largest aerospace industry in Europe, second globally to the US, UK companies have a major opportunity to increase their share of this lucrative market.

To achieve this, industry and government have been working closely through the Aerospace Growth Partnership (AGP) to deliver a successful UK aerospace industrial strategy. This is a genuine collaboration providing increased investment in R&D, skills and productivity improvements, all of which underpin UK competitiveness.

The UK’s decision to leave the European Union has created significant uncertainty and this will continue until our new relationship with the EU has been determined. In the meantime it is essential that industry plays a pragmatic and productive role in helping government secure the best possible deal for our future prosperity.

It is also important that the work the Aerospace Growth Partnership has done is continued and that government uses every opportunity to signal long term commitment to ensuring the UK remains a leading global aerospace player.

The Chancellor’s upcoming Autumn Statement will be a key opportunity to set out positive measures to encourage companies to invest now and maintain momentum across the economy. Targeted reforms aimed at encouraging investment in new innovation and technology – such as raising investment allowances and R&D tax credits – are measures that will help sustain UK competitiveness.

It is hoped the Autumn Statement will deliver a boost to funding for a key AGP initiative, the Aerospace Technology Institute (ATI). The ATI is helping to encourage private sector investment in valuable R&D programmes. It is currently receiving far more high quality bids than it can resource. Extra Government funding would bring a major boost to UK capability and help UK businesses prepare for major new aerospace opportunities.

The AGP is also seeking the Chancellor’s support for a major competitiveness improvement programme to help the UK supply chain to stay ahead and win new business. The aerospace industry has been working closely with colleagues in the automotive and rail industries to develop a high impact programme that can address the challenges in strategically important sectors and help boost productivity and secure new business.

In the longer term, industry needs to help and support government in achieving the best deal from Brexit negotiations. We need a relationship with Europe that retains access to the customers, suppliers, skills, R&D and influence that underpins the ability of aerospace to win in tough global markets.

A leading priority for aerospace is ensuring that the UK remains an influential part of the European Aviation Safety Agency (EASA), which certifies the safety of aircraft products for sale. Remaining a member of EASA is a far easier and less costly route than relying on the Civil Aviation Authority to develop the required certification.

The ability for UK companies to participate in EU R&D projects gives them a significant advantage in the global marketplace. The opportunity for collaboration, alongside access to funding and facilities, ensures UK companies can maximise connections to customers and suppliers.

Collaboration with European partners helps UK technologies to be highly competitive in the global market. Pooling expertise and funding, which the UK does not have access to on its own, develops technologies which can compete with products from established and emerging markets.

For aerospace, eliminating or minimising non-tariff barriers after Brexit is essential to maintaining global competitiveness. Quickly resolving the EU and UK’s schedules at the World Trade Organisation (WTO) will be critical to ensuring that aerospace is covered by the WTO agreement which removes tariffs on most aerospace goods.

New customs and border controls are likely to increase administration costs and potentially introduce commercial costs as a result of delays. Negotiations should seek to ensure that the UK can retain membership of the Single Market or, at the very least, retain a customs union relationship with the EU.

The UK needs to remain attractive and flexible to the best researchers and engineers in order to stay at the leading edge of innovation, which is why retaining freedom of movement is so important. From an operational perspective, problems are often solved by mobile teams operating at sites across Europe including the UK. Curtailing this through increased administration would prove costly and onerous.

Whatever shape Brexit takes, on exiting the EU, UK industry will need a transition period to manage the inevitable commercial consequences. The harder the Brexit, the greater the commercial risk, and so the longer that transition should be. To ensure industries with pan-European supply chains and customers do not lose global competitiveness the UK needs to use the two year period following Article 50 to agree transition arrangements until a comprehensive Brexit deal is in place.

In the interim the pragmatic response means looking beyond political rhetoric and focusing on achieving the economic momentum and sustained investment needed so that UK companies thrive once outside the European Union. 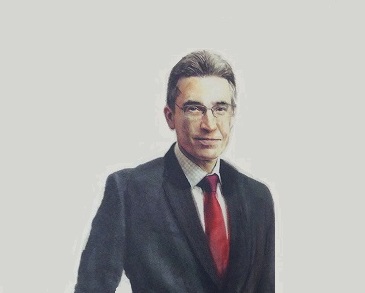