What ADS Learnt at the 2021 Conservative Party Conference

This week the Conservative Party Conference returned for its first in-person conference since the successful 2019 General Election. The ADS Public Affairs Team were in Manchester for the gathering of Ministers, MP, party members and industry colleagues. This Conference provided an opportunity to have intimate and candid discussions with a high density of policy makers, interesting fringe events and a chance to all meet face to face again.

ADS hosted several events at Conservative Conference, like we did last month at the Labour Party Conference. ADS’ first event was a roundtable lunch with the Minister for Defence Procurement, Jeremy Quin MP. The meeting brought the Minister and industry colleagues together for a relaxed lunch with broad agenda ranging from DSIS implementation, AUKUS and the changing culture within the MOD.

Our second event was a drinks reception, with the Defence Secretary, Ben Wallace delivering a speech, before spending some time talking with industry directly. He was accompanied by a cohort of Ministers, MPs and staff who mingled with industry colleagues at the event. The evening saw a drinks reception sponsored by the major trade associations including ADS across industry which were attended by Business Secretary, Kwasi Kwarteng and a speech from the Chancellor Rishi Sunak.

Away from the fringe events and receptions, see below a summary of the key announcements from Ministers on the conference stage:

The Chancellor announced the Government’s plan to give people the means and opportunities to upskill and access higher wages with:

If you have any questions about the Conservative Party Conference activity, please get in touch with Sam Sears. 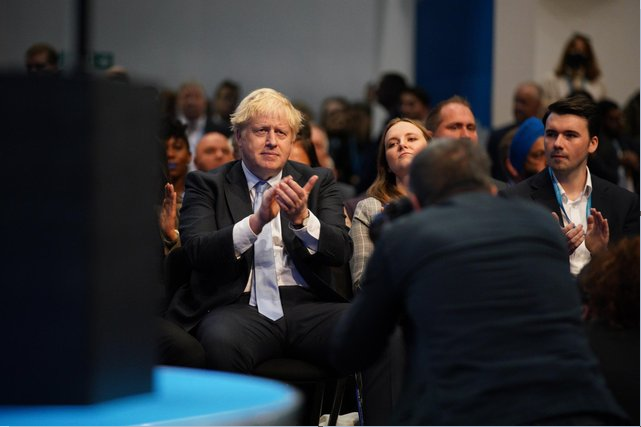