This morning at the Royal International Air Tattoo (RIAT) it was announced that the UK and Sweden have signed a Memorandum of Understanding (MOU) to work together on future combat air technologies.

The MOU is an intention to work together on combat air technologies that can be integrated into the current generation of combat air platforms, as well as future generations.

The signing of this MOU is a good step forward for Team Tempest and the UK’s future combat aircraft programme. International partners are an important part of international programmes, offering both a share of the research, development and manufacturing workload as well as a customer market equally as committed to the success of the project as the UK. As it will become increasingly important for the UK to find international partners in the coming years, the interest of Sweden to collaborate on this basis is welcome news to UK industry.

Sweden brings not only strong industrial capability to the partnership with the UK, but also close military ties. The UK and Sweden often engage in joint military exercises together in a European, NATO and bi-lateral capacity. There is a deep level of understanding between the two nations and their force structure is also comparably similar.

Sweden is also a major player in the current global combat aircraft market; Saab’s Gripen is a widely used platform that bolsters the country’s credentials in this area. UK and Sweden share technology on the Gripen and the Typhoon programmes, with Swedish radar being used on the UK’s ground-based air defence system and radar built by Leonardo in Edinburgh being integrated into the Gripen. 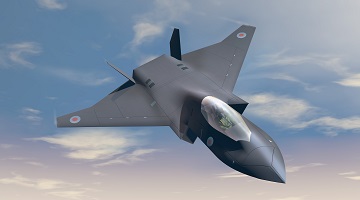