The SC21 OE programme is a voluntary programme designed to accelerate the performance and competitiveness supply chains within the aerospace and defence sectors and is coordinated by ADS. Becoming a participant in the programme is free of charge and is endorsed by the Aerospace Growth Partnership, Department of Business Energy and Industrial Strategy and the Ministry of Defence as well as leading aerospace and defence companies.

RTA Ireland Ltd is the UK subsidiary of RTA International Inc. and was founded in the mid-1990s and provides enhances sourcing, procurement, supply chain management, warehousing kitting and distribution solutions of parts into UK aerospace companies with a primary focus on aircraft interiors. RTA Ireland Ltd has been committed to the SC21 programme since 2014 and was the first self-start in Northern Ireland to achieve bronze in 2014 and subsequently silver in 2016. In 2020, RTA Ireland Ltd received its first SC21 Gold Award and now has received its second consecutive award in January 2022.

“My sincere congratulations to the whole team at RTA Ireland. It is a very significant achievement to receive a consecutive SC21 OE Gold Award during these times of supply chain disruption.

“This is fantastic news for not only RTA Ireland Ltd but also the Northern Ireland Aerospace sector as there are multiple SC21 OE Gold awards in the region which consolidates Northern Ireland’s position as the leading region in the UK for aerospace supply chain excellence.

“I am looking forward to seeing supply chain excellence in the region further mature and grow throughout 2022 with the support of PRIMEs, supply chain companies and Invest NI.”

“SC21 is our model of choice to help develop and improve our business. Its measurable nature makes it easy to understand and communicate, and more of our customers are starting to adopt it as their preferred method for supplier development, which as self-starters puts us ahead of the curve with our competition.

“We are delighted to retain our SC21 OE Gold award for the second consecutive year. At the start of the pandemic RTA focussed heavily on SC21 principals as part of the company’s business continuity and growth plan. That strategy continued throughout the challenging times of the past year with further investment in infrastructure, technology and training with a specific focus on diversification, supply chain and international trade compliance. These efforts have already been rewarded with major new customer contracts and AEO-F certification with HMRC, so recognition to SC21 Gold for a second year is a great team achievement and a fantastic way to start and set the tone for the next 12 months as we enter a period of recruitment and growth.” 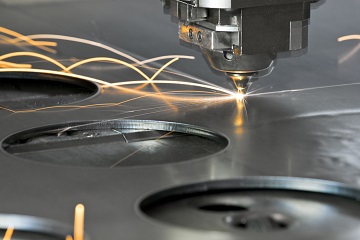