The SC21 “Recognising Excellence in the Supply Chain” event at FIA Connect, the week of virtual events taking the place of what would have been Farnborough International Airshow, saw 54 companies from around the UK and Ireland recognised with performance awards for boosting their performance and competitiveness through the SC21 OE programme. The programme helps small and medium sized enterprises (SMEs) in the aerospace and defence sectors to make operational improvements, reduce overheads and improve their potential to grow.

The SC21 programme is coordinated and governed by ADS, the UK trade association for the aerospace, defence, security and space sectors.

Four Gold winning companies are being re-awarded their Gold certification this year reconfirming their ability to deliver at the highest possible level.

The Gold award winners are:

“The COVID-19 pandemic is an unprecedented crisis faced by the industry and never before has operational excellence been so important as we look towards recovery. The SC21 programme provides a great opportunity for companies in the UK’s aerospace and defence sectors to boost their productivity, helping the whole industry to improve its competitiveness.

“All the companies who take part in the SC21 supply chain improvement programme have worked hard to achieve their awards. It demonstrates the value participants place on it that some of the programme’s most successful businesses have returned and continue to strive to achieve ever higher standards.

“Congratulations to all of those who have been recognised today for their hard work.” 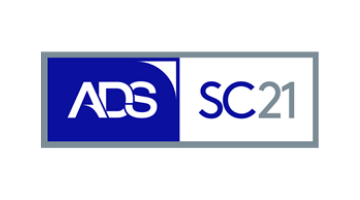