Home » News » Industry & Member News
Posted on 16 July, 2019 by Member News
On the occasion of the visit of French President Emmanuel Macron to Serbia today, MBDA announced the signing of a contract for the acquisition of Mistral 3 short-range air defence systems by the Ministry of Defence of Serbia.


With this first European missile order, Serbia becomes the 32nd customer country for the Mistral missile and the 10th country invited to join the Mistral user club. This will allow Serbia to benefit from the shared user experiences by the many forces operating the Mistral in Europe and to contribute to the definition of the future developments of the weapon systems based on this missile.

The contract is for the acquisition of Mistral missiles, launchers for dismounted soldiers, related equipment and logistics, and the provision of technical and material assistance for the integration of the Mistral missile on the PASARS vehicles of the Serbian Armed Forces.

As the latest generation of Mistral family today in service, Mistral 3 features a very high resistance to infrared countermeasures and a capability to engage air targets presenting a low thermal signature, such as missiles and UAVs.

Attending the contract signature, Eric Béranger, CEO of MBDA, said: "We’re proud that this contract far exceeds just material supplies. Serbia is invited to join as a new member of the Mistral user club and becomes a new partner for MBDA. But above all, this contract is the first milestone of a cooperation that we are going to build together with Serbia whose security objectives are similar to those of France and of the European Union.” 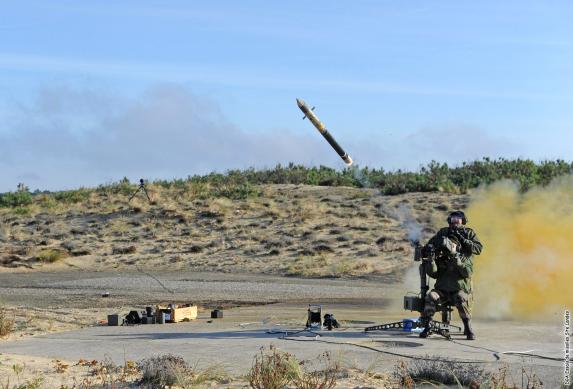