This will be integrated into a Wenzel CMM machine to enable a European aerospace giant to measure blisk blades, saving up to 40% in inspection time. RPI’s rotary tables are an ideal addition to high precision CMM machines. Specifically designed as a fourth axis they are accurate to +/- 0.5 arcs seconds. This is equivalent to hitting a golf ball at a hole more than 22km away and scoring a hole in one every time.

“When it comes to measuring symmetrical or prismatic components, it’s all about simplifying your measuring procedures, increasing your CMM’s application range and effective measuring volume which in turn will increase the flexibility, productivity and efficiency of your CMM”, said Jim Palmer, RPI’s sales manager.

The installation of the QuadSlimLine onto the Wenzel CMM was carried out by 2M Trading, Bulgarian distributors for both RPI and Wenzel.

Timothy Matyushin, 2M’s General Manager, said: “We installed RPI’s Quad Slimline on to Wenzel’s CMM LH108 NG incorporating a Renishaw UCC S5 controller and Renishaw MODUS software.  The result was a CMM which worked smarter with increased flexibility, capacity and through put which resulted in a 40% reduction in inspection time for one of Europe’s major aerospace manufacturers. They’re so impressed they’ve order another two QuadSlimLines to be installed onto their CMM machines later this year.”

Bath-based RPI has a very large share of the market in those CMMs which use rotary tables and can boast more than 728 successful installations worldwide.

The QuadSlimLine is part of RPI’s Quadrant range of CMM tables which also includes the Quad Dual Purpose and the Quad Airmatic.  They come in a wide size range; from Ø200mm to Ø1500mm and can be fully integrated to the host machine controller.

RPI grew out of acquisitions from Optical Measuring Tools, Airmatic, Horstmannn and Eimeldingen. Since the 1950s, it has been one of the world’s largest designers and manufacturers of precision rotary tables and a leading supplier of rotary tables to the aerospace, automotive, power generation, machine tool, scientific and general engineering industries. 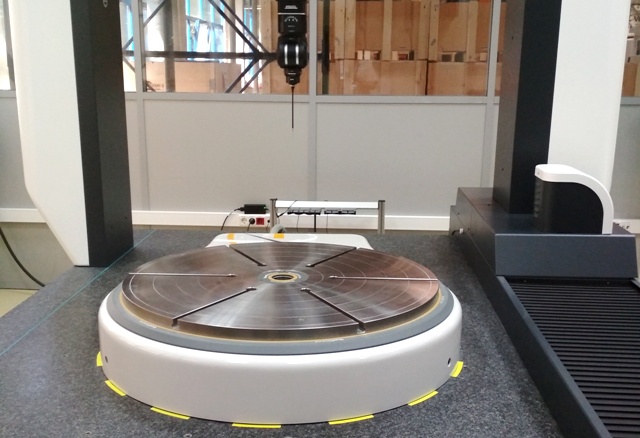