Home » New Professionals Hub » What do the IR, DCP and DSIS mean for new professionals?

What do the IR, DCP and DSIS mean for new professionals?

During March 2021, the Government released its Integrated Review (IR), Defence Command Paper (DCP) and Defence and Security Industrial Strategy (DSIS). The IR sets out the Governments’ assessment of the national security and international environment to 2030, as well as a new Strategic Framework focusing on Science and Technology (S&T), defence and security, and resilience. The Defence Command Paper sets out the MOD’s plans for future military capabilities and the UK’s force structure. Finally, the DSIS outlines industrial policy issues and sets out a list of strategically significant capability segments. The DSIS discusses how the skills base shall be sustained and how exports may support domestic prosperity.

The Defence Command Paper emphasised the Government’s desire to invest its people and ensure they are equipped with the necessary specialist skills. The government will “continue to offer apprenticeships to over 80% of armed forces recruits”. One third of these will be in science and technology fields.

In the context of skills, talent, and diversity, the DSIS highlighted the role of a dedicated STEM engagement team, as part of Tempest, in inspiring young people to be involved in the Combat Air industry. This was further linked to the STEM outreach and its role in encouraging young people to pursue careers within Government, the Armed Forces, industry or academia.

The Pan-Defence Skills Framework will ensure that it is easier for people to move between government and industry. This will aid development of new skills as well as retention of talent. In turn, this should contribute to “a more agile, flexible and diverse workforce”. This will incorporate a common architecture aligned with existing frameworks and externally recognised bodies to identify further opportunities for collaboration and skill sharing between industry and the MOD.

The National Cyber Force and Space Command were highlighted as being pathfinders and experts in their field. In the context of Space, the Defence Command Paper detailed the investment of around £5bn over the next 10 years for the UK’s satellite communication capabilities and an additional £1.4bn on space over the next decade. With the space sector continuing to grow, it is expected to double by 2040 and create over 10,000 STEM jobs in the UK.

There will be a new dedicated career pathway for Defence cyberspace specialists. This will involve a new employment model to manage, develop and reward cyberspace talent and expansion of the Defence Cyber School.

Overall, there was an overarching theme of investment into S&T, collaborative working with industry and academia, and a push for the UK to become a ‘Science and Technology Superpower’ by 2030. By 2027, the Government has committed to increasing economy-wide investment in R&D to 2.4% of GDP. The Government will also invest at least £800 million to set up the Advanced Research and Invention Agency (ARIA) intended to back breakthrough technologies and research through experimentation. This bodes well for anyone considering a future career in engineering and various scientific disciplines in support of national security.

As the UK faces evolving threats, the UK’s defence, security and space industries will play a vital role in protecting the UK. In whole, the Integrated Review, Defence Command Paper and the Defence & Security Industrial Strategy demonstrate the Government’s commitment to the UK’s defence, security and space industries and show what an exciting time it is to be building your career in these growing sectors. 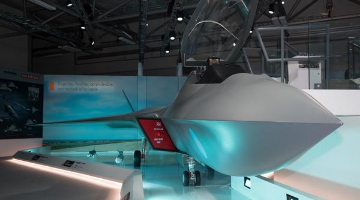 Want to get involved?

Find out more on how to get involved and contribute to NPH activities. More
ADS is the Premier Trade Organisation for companies in the UK Aerospace, Defence, Security and Space sectors. ADS Group Limited registered address is Salamanca Square, 9 Albert Embankment, London, SE1 7SP and is registered in England no. 7016635