The 20th Century space race was the first step to accessing space and successfully launching artificial satellites into orbit. Since then, the industry has been propelled to new heights. Early iterations of satellite technology focused primarily on scientific and, in some cases, military applications through Earth Observations (EO) and space-based communications.

During the initial space race, NASA and Soviet space programmes dominated the space race, with the UK following closely with the Ariel 1 launch in 1962. Recent decades have seen the emergence of new nations and organisations in the space sector, including the European Space Agency, India and China. In addition to Government organisations, there has been a rise in the presence of commercial space companies including SpaceX, Virgin Galactic and Blue Origin. Whilst this has been predominantly been in the USA, the space industry in the UK is also becoming much more established. Companies such as Surrey Satellite Technology Ltd, Astroscale, Inmarsat and many more have contributed to the development of the UK space industry. UK industry has already played a role in many science focused missions, one of the latest being the ExoMars rover that was built by Airbus.

In line with UK’s space ambitions, the Government’s recently published Integrated Review (IR) and Defence & Security Industrial Strategy have signalled the ambition to treat space as an operational domain for the defence industry. With this, there is an opportunity for the UK space industry to play a vital role in the military elements of space. Particularly, the IR set out the government’s ambition to have the ability to monitor, protect and defend its interests, both in space and on the ground, using a combination of national capabilities and international partnerships. This recognised the need for international collaboration across the industry and builds on previous relationships that have involved the launching of satellites from international launch sites. Alongside this, there is also ongoing research into the potential for UK-based launch capability going forward and this will play a vital role in the launch of micro/nano satellites to start.

The establishment of MOD’s UK Space Command will also be an interesting mechanism for developing the relationship between MOD and industry in the area of space. It is anticipated to be key in ensuring the flow of user requirements between government and industry, with scope for dual-use exploitation across further sectors. For example, can the defence industry make use of the EO satellites that also contribute to the scientific understanding of climate change impacts on the Earth. This was also coupled with the announcement of £5.2bn over the next ten years in the SKYNET 6 programme to bolster the UK’s satellite communication capabilities. SKYNET plays an essential role in the sovereignty of the UK and as access to the space domain becomes easier, the challenges and threats posed towards the UK’s space sovereignty increase. The upcoming National Space Strategy is expected to shed further light on the interplay between Defence needs and the space domain, leading the way for future development and use of technology.

In addition, the environmental impacts of the space industry have also become a concern. There is no doubt that the reusable rocket technology pioneered by SpaceX has seen environmental and cost benefits for spacecraft launches.

The scope of environmental impacts of the space industry can also be extended to the increased presence of space debris, which will only increase as the industry grows. Measures are already in place to limit space junk, included SpaceX’s method of launching its satellite into a temporary orbit, carrying out system tests and then propelling the satellite into its final orbit. In a case where the test fails, the satellite is low enough for its orbit to be significantly lowered due to atmospheric drag and subsequently burnt up in the atmosphere. Alongside this, Astroscale is one of the first private companies developing technology to remove space debris safely and sustainably from orbit and is working with a range of space agencies including ESA and the Japanese Aerospace Exploration Agency (JAXA).

With the emerging commercial space sector driving the accessibility to space up and the cost down, the UK is continuing to establish its position amongst other nations involved in the modern-day ‘space race’. Whilst there is a continuous requirement for scientific exploration in space, there is a mutual understanding that the domain is open to both commercial and defence applications, with the latter presenting opportunities and threats to the UK. The UK Government’s ambitions for the space sector and expertise provided by UK industry will cement the UK’s position in the space sector. Over the coming months, the publication of the National Space Strategy shall also provide further clarity as to how the UK will operate in the space domain from a civil and defence perspective.

This blog post was authored by Pardeep Ruprai, Industry Secondee to ADS. 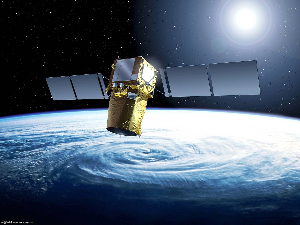