The UK’s space sector is at the cutting edge of exploring the universe and connecting people to the world around them. With a turnover of £14.8bn, directly employing 42,000 employees, including 1,500 apprentices, and exporting £5.5bn around the globe, Britain is an ambitious world-leader in the space sector.

This has been made clear when earlier this month Skyrora, a British SME, successfully carried out testing on its main orbital launch vehicle, a fully 3D-printed, commercial rocket engine for the time ever in the UK.

Skyrora, based in Edinburgh, is a space organisation who is developing launch vehicle technology that has evolved from previous rocket systems. With the aim to reduce the cost of space launches and disrupt the industry though innovation and technology, Skyrora is at the forefront of developing growth and revolutionising the space sector.

The 3D-printed commercial rocket engine, named the XL rocket was tested in Skyrora’s base in Cornwall. The technology in the engine means that the rocket can deliver different satellites to different orbits. Skyrora aims to complete their inaugural launch of its Skyrora XL from a British spaceport by 2022.

Given that the UK is the largest manufacturer of satellites, with 40% of all small satellites currently in orbit being built in the UK, Skyrora’s XL rocket compliments the already strong British industrial base that exists in across the UK.

Commercial vertical launch and horizontal launch demand is worth a potential £3.8bn to the UK economy over the next decade, and it’s positive to see ADS members such as Skyrora work on such exciting and innovative technology that champions the UK Space Sector.

Another exciting element that Skyrora is working on is a ‘green’ fuel that can be used in future launches. The ecosene fuel will make use of discarded, unrecyclable plastic waste, emitting 45% less greenhouse gases than traditional engine based on liquid oxygen.

Looking further to the future, industry and government are working together to develop the UK’s first national Space programme that builds on this already cutting-edge sector; sustaining high value industry an creating a volume of business for international players. 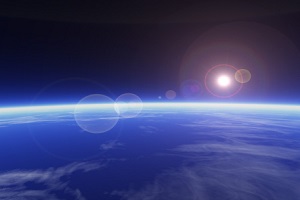