This week, 4 – 8 March is National Apprenticeship Week, with thousands of people around the UK celebrating apprenticeships and the exciting career paths they lead to.

We speak to George at Reaction Engines who is now in his final year of the apprenticeship scheme.

What made you want to pursue a career in engineering?

When I was completing my GCSEs I found a liking to a course that I took that was very similar to resistant materials. In this course we used all sorts of different tools and machines, it was also around this time that I became strongly interested in purchasing and restoring old motorcycles. I believe that doing this course and playing with stuff in my garage cemented my want to pursue a career in engineering.

Growing up, did you always know you wanted to work in engineering?

When I was growing up I always thought I would go into something computer based such as programming or software development, but I did always have an engineering side to my childhood with my dad being an ex-mechanic. I found myself frequently working on motorbikes, push bikes and model remote control cars.

What have you enjoyed learning the most throughout your apprenticeship?

Since beginning my apprenticeship, I have grown as a person as well as an engineer. I feel that I am more confident and more skilled in many areas of engineering as well as being further developed in communication, allowing me to voice my opinion more freely and be more forthcoming with ideas. I have seen my own work improve over the years. Reaction Engines has supported me massively with both my college education and my personal skill set at work, which will help to further my career wherever it may lead.

What has been the best thing about your apprenticeship?

Working as a Reaction Engines apprentice is an extremely satisfying and enlightening glimpse into many aspects of the engineering and aerospace industry. Reaction Engines has numerous departments and specialisms that as an apprentice makes my time here very diverse and always interesting.

What is your advice to someone who would like join the apprenticeship scheme at Reaction Engines?

For someone who is just starting at Reaction Engines, I would suggest that they have an open mind as to the work you are given, and if you have an idea as to how something could be done better or improved then don’t be afraid to share it. The company is attempting to invent and discover, sometimes entirely new technology, and there is not always a set in stone way something should be done, they should understand this and should never be worried to ask questions.

Read about other apprentices in our sectors – updated throughout National Apprenticeship Week. 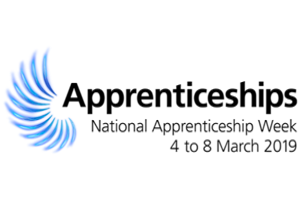