Jeremy Hunt is widely viewed as the outsider in this Conservative Leadership contest, the current Foreign Secretary has been promoting his plans for higher spending and lower taxes which risks amplifying the long-run challenges facing the UK public finances. As the ‘blue on blue’ debate still centres on Brexit, each candidate is making a case for what they think will be a palatable outcome for the UK. As it stands Mr Hunt believes he could manage a No Deal, but it will cost.

Whilst he is willing to extend Article 50, Jeremy Hunt is also set to announce plans for a £20 billion “war chest” for a No Deal Brexit if he becomes Prime Minister, which would see dramatic tax cuts designed to turbo-charge the economy.

He has promised that Treasury will prepare a No Deal Budget to be delivered when Parliament returns in September.  There are also plans for a ‘No Deal Relief Programme’ which would be a £6 billion fund for fishing and farming sectors exporting to the EU. Like his rival, there a few fiscal policies or ‘cash injections’ to support other businesses who have already been vocal about the impacts No Deal Brexit will have.

Mr Hunt has proposed several tax reforms, and the industries represented by ADS could benefit from these, if the desired effects of increased investment in the UK actually pay off:

Mr Hunt’s proposed corporation tax cut would make the UK look like a more attractive place for businesses to invest, but the IFS estimate it could cost around £13billion to the UK. As the UK already has one of the lowest rates of corporation tax across OECD countries, there may be little investment gained compared to the loss of tax revenue in the short run.

Another potentially costly policy proposed, but one that industry is likely to welcome if they can deduct capital investments from profits to reduce their overall tax bill. In combination with the reduction of corporation tax, Mr Hunt is at least looking to create an environment in the UK where it is more competitive and affordable for business to invest.

Both candidates have suggested an increase in the threshold at which workers’ pay National Insurance contributions (NICs). This is one of the more expensive tax reform policies which could cost at least £3 billion a year for each £1,000 that that threshold is raised.

Mr Hunt has proposed increasing defence spending from 2% to 2.5% of GDP by the middle of the next decade. This promise would cost around £12bn more to the UK making it one of Hunt’s costlier policies. However, this is less than he has previously campaigned for.

Current policies proposed by Mr Hunt will have wider reaching impacts for ADS members compared to those proposed by Mr Johnson. The proposed increase in annual investment allowance will hopefully encourage ADS member investment in the UK when investment plans have been put on hold following Brexit uncertainty.

The defence sector could welcome an early signal that there will be additional funds from Mr Hunt for new capabilities, rather than plugging gaps in existing plans. However, it remains to be seen where the monies to support this increased spending will be raised from.

The result of who will become the next Conservative Leader and Prime Minister is expected to be announced on Tuesday 23 July. For more information on how to prepare for Brexit, please visit our Brexit Hub. 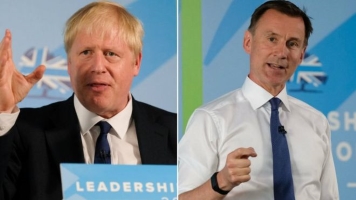