This morning MPs used BEIS oral questions in the House of Commons to emphasise the importance of the UK’s Aerospace sector.

SNP MP, Drew Hendry raised the importance of the Aerospace industry to economic growth, also asking for guarantees on behalf of ADS that the Government will ensure that industries have access to vital space programs in this time of uncertainty.

Today ADS also released the Annual Commercial Aircraft Order and Delivery Data for 2016 which shows the Aerospace industry delivering a record-breaking number of aircraft for the sixth consecutive year. This is great news for the sector which directly employs 128,000 people in high-skill, well-paid jobs, delivering sustainable growth in every region and nation of the UK.

In light of this, it was great to hear the Minister for Industry and Energy, Jesse Norman highlight in BEIS questions the Government’s commitment to a strong aerospace sector and complimenting the industry by saying:

The UK has the second largest Aerospace industry worldwide with strengths in some of the most technologically advanced parts of aircraft, wings, engines and advanced systems, with an annual turnover of £30bn and some £20bn in exports.

Several MP’s also asked about the international competiveness of the UK Aerospace industry and discussed the importance of the supply chains especially with 70%-80% of companies benefitting from the Aerospace Growth Partnership R&D and supply chain programmes, such as the ATI, NATEP and Sharing in Growth. 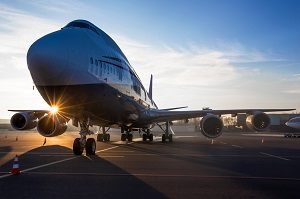