Posted on February 3, 2017 by Web Publishing

On Sunday, over 110 million people from around the world will tune in for one of the world’s biggest sporting events – Super Bowl 51 – as the in-form Atlanta Falcons take on the season-consistent New England Patriots, at Houston’s NRG Stadium.

Back in February 2016, I put together a similar blog on Super Bowl 50, and this year I have continued this theme – looking at how the locations of the two teams involve a heavy Aerospace and Defence presence, and how they link to the UK…

– 48,000 people are employed in the Aerospace and Defence industry in Georgia, generating $17bn in revenue and representing 1.7% of the state’s overall GDP.

– Aerospace products are the number 1 export from Georgia, worth around $8bn and delivered by well over 500 aerospace companies.

– Lockheed Martin hosts a significant presence in Marietta, 20 miles outside of Atlanta. The company has a long history at the site, manufacturing not only the C130 Super Hercules (one of the staple aircraft of the RAF’s military transport fleet), but also the airframe and final assembly of the US Air Force’s F22 Raptor.

– The manufacture of the Hercules in particular has seen the company form a 50 year and counting partnership with ADS member, Marshall Aerospace and Defence Group of Cambridge; who were the first authorised C-130 service centre in the world, and are currently the only European centre authorised to service C-130 J variants.

– Gulfstream’s centre in Savannah, Georgia is the largest purpose-built business jet maintenance facility in the world, which also includes major assembly, engineering, and completions for the company’s range of business jets. The company has recently invested in the UK with a 10,000 square feet service centre at London Luton Airport – which supports 265 UK jobs, can maintain 10-12 aircraft at any one time, and holds around $40m worth of parts and components.

– Other UK companies with a presence in the state include Meggitt PLC, who have a training systems operation and fuel and containment systems subsidiary, and Manchester-based AD Aerospace, who have offices in Atlanta to support its range of Aerospace video and surveillance products.

– Aerospace and Defence accounts for $42bn of revenue across the 6 states that make up New England, with $9.4bn in exports representing 12% of all exports from New England.

– The Patriots Gillette Stadium is located in Foxboro, Massachusetts just south of Boston Logan Airport. London is the busiest international route for Boston Logan, with 840,323 passengers in between Boston and London Heathrow in 2015.

– UTC have a significant presence in Connecticut, with nearly 9,000 employees at its 900 acre Pratt & Whitney facility in East Hartford. UTC also employees thousands of people in the UK, with divisions in Actuation Systems and Engine Control System in Wolverhampton in particular.

– Raytheon has its global headquarters located in Waltham, Massachusetts, directing much of its global operations; including in the UK where it employs over 1,400 people and offers aircraft systems integration, cyber protection services and in-service support for the RAF’s Sentinal Programme.

– UK company and ADS member Senior Aerospace also has a subsidiary in Enfield, Connecticut, where they produce precision metallic parts for transmission and rotor-head helicopter components.

…And in advance of Sunday’s game, here are some other quick NFL/ Aerospace related stats…!

– It would take on average 205 A350 XWB aircraft to carry all the fans set to be inside the NRG Stadium in Houston, the host of Superbowl 51 on Sunday night.

– Atlanta Wide Receiver Julio Jones, recorded a ‘standing jump’ length measured at 135 inches (3.4m) – higher than that of the largest commercial engine set to be developed for the 777X, the GE9X (128 inches, 3.3m). 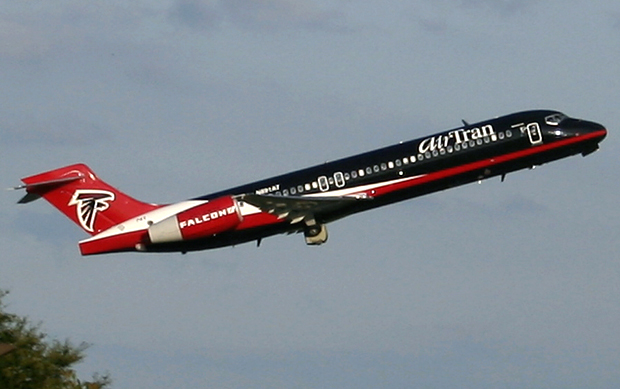