France is a key strategic ally of the UK, both for reasons of geography and as the world’s sixth largest economy. As the UK negotiates its exit from the European Union, strong bilateral Anglo-French security cooperation will arguably become even more of a priority.

Like the UK, France is faced with a multiplicity of both domestic and international threats, and in recent times has witnessed a step-change in the evolution of the threat from terrorism, regrettably suffering a significant number of attacks. As well as planning to invest in its police and prison services to a greater extent, the Government is anticipated to increase its defence budget and the current high level of military and security spending is expected to be sustained.

Milipol Paris provides an ideal platform for suppliers of security capabilities to develop and maintain long term relationships with their counterparts within the French security community. Organised under the patronage of the French Ministry of Interior, Milipol Paris is convened in partnership with institutions including the French National Police and Gendarmerie, Civil Defence Service, French Customs, City Police and Interpol. It also boasts strong links to the European security community.

This exhibition will be of particular interest to UK companies seeking to engage in French and European security markets in this climate, and will be especially relevant for those supplying counter-terrorism technologies, specialist police equipment, border and prison surveillance technology and cyber security capabilities.

ADS will be hosting the UK Pavilion, in which 14 companies have already signed up to exhibit. We offer several exhibiting options and qualifying companies can also benefit from Trade Access Programme funding.

Find out more about this exhibiting opportunity 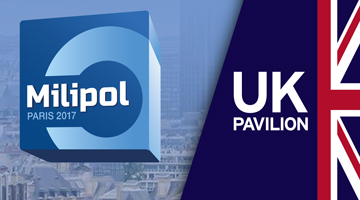