Five companies in the aerospace and defence supply chains have been awarded a Gold performance award, the highest level, as part of the 21st Century Supply Chains (SC21) Operational Excellence programme for improving operational effectiveness and achieving supply chain excellence.

The companies received the awards at a ceremony sponsored jointly by SC21 Competitiveness & Growth and the National Aerospace Technology Exploitation Programme (NATEP) in Birmingham at Advanced Engineering 2019.

The programme helps small and medium sized enterprises (SMEs), who supply major manufacturers in the aerospace and defence sectors, to make operational improvements, reduce overheads and increase their potential to grow. This in turn helps the whole of the UK’s aerospace and defence industries raising their ability to compete in international markets.

To achieve a Gold performance award more than 99% of the products or services from the company must have been delivered on time and to the required quality. This is monitored throughout a 23-month period, with the applicants having to achieve these targets as a 12-month rolling performance.

The SC21 programme is coordinated and governed by ADS, the UK trade association for the aerospace, defence, security and space sectors.

For three of the Gold award-winning companies, they have received a re-award having reconfirmed their standards and progress to the highest possible level.

The Gold award winners are:

The total number of current SC21 Gold Performance Awards is 8, the most since the programme began 13 years ago.

“The SC21 programme provides a great opportunity for companies in the UK’s aerospace and defence sectors to boost their productivity, helping the whole industry to improve its competitiveness.

“All the companies who take part in the SC21 supply chain improvement programme have worked hard to achieve their awards. It demonstrates the value participants place on it that some of the programme’s most successful businesses have returned and continue to strive to achieve ever higher standards.

“Today we are celebrating a growing number of Gold and Silver award winners, demonstrating that the UK’s aerospace and defence sectors have a committed, competitive and improving supply chain.” 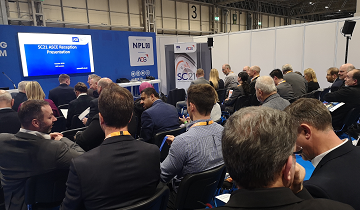