Smith Myers Communications was awarded the runners-up position in the competition for its Artemis product, which accurately locates and communicates with missing persons in remote areas through their mobile phone.

“We are delighted to receive this award for security innovation. Resolve’s through-barrier detection capability is a real game-changer in handheld chemical detection, and we have seen an exceptional level of interest since the system was introduced in 2016.

“Resolve systems are now deployed globally, and in all the key areas the product was originally developed for; hazmat, military (EOD and CBRN), law enforcement (narcotics and explosives detection), and customs applications at ports and borders.”

“These awards celebrate the best of innovation in the security sector and I congratulate Agilent Technologies on their win.

“The UK’s security sector is going from strength to strength, enjoying rapid growth in turnover and exports, and has world-leading expertise to offer to our customers at home and overseas

“Innovative companies like these are generating thousands of high-value jobs across the UK and are making a significant contribution to public safety as well as national prosperity.”

Security & Policing 2018 takes place at the Farnborough International Exhibition & Conference Centre from 6 to 8 March, giving UK companies in the security sector the opportunity to showcase their products and capability to UK and international customers. 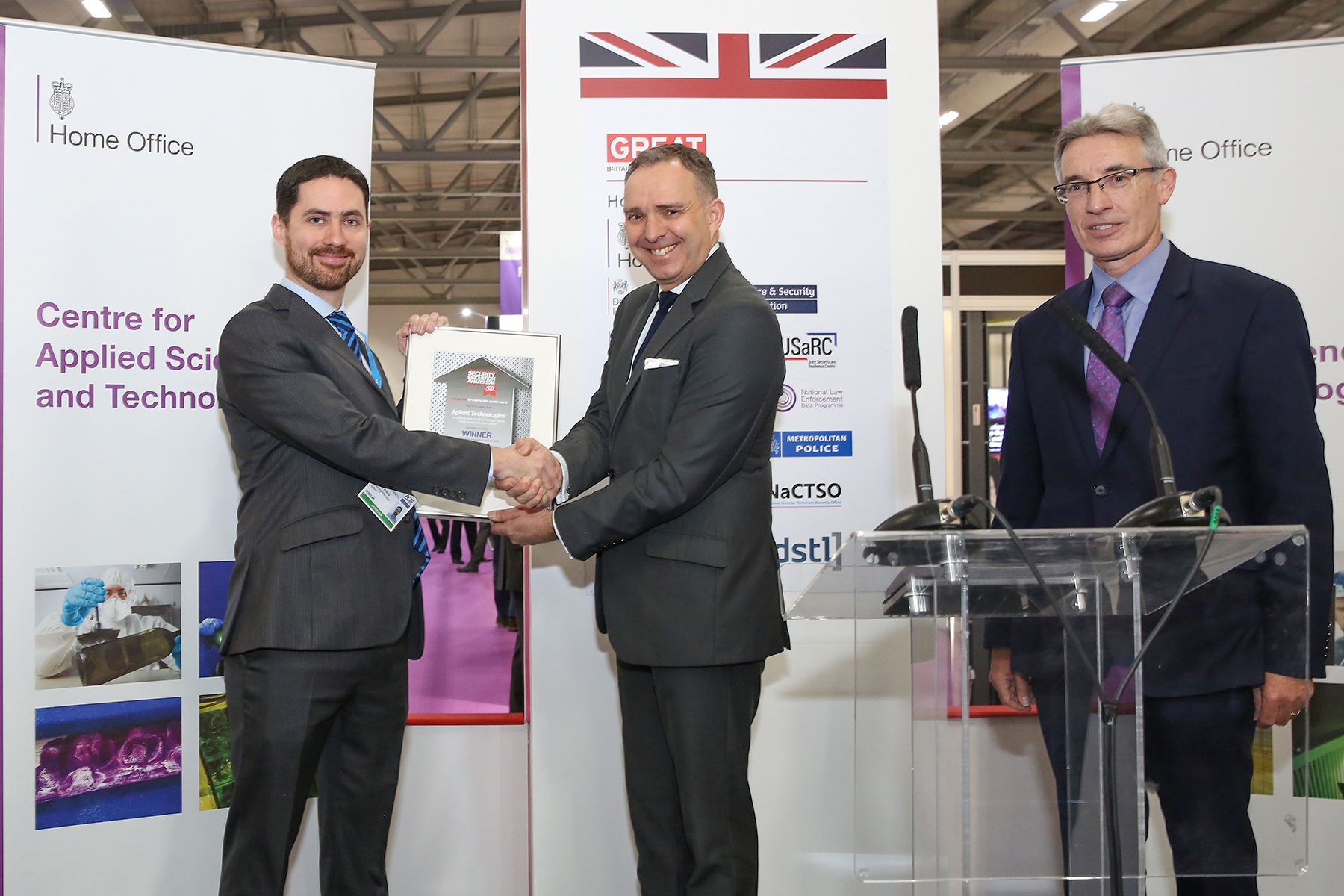