The global aerospace industry remains well on track for another record year in aircraft production, as 2018 deliveries reached 809 by the end of July, worth up to an estimated £15bn to UK industry.

July itself saw a record month, with nine aircraft more than the previous record of 107 set in 2017. Last year set a new annual record of nearly 1500 deliveries, with industry expectations confident of another new record to be set in 2018.

The strong performance of wide-body aircraft orders in 2018 continued, with 264 orders placed this year – the best figure for the first seven months of the year since July 2014.

“Aerospace manufacturers in the UK and around the world are continuing to boost production and the latest delivery figures show we can be confident of another new record in 2018.

“The aircraft delivered to customers around the world so far this year are worth up to £15bn to the UK, providing high value jobs across the country in an innovative, high tech sector where we offer world-leading capabilities.

“We are in a strong position to build on our national success in this sector if we can continue to boost our productivity and competitiveness.

“The greatest risk to our ability to compete in international markets is the threat posed by the UK leaving the European Union with no deal. It is vital that negotiators act quickly to reach an agreement that protects jobs and prosperity in the UK and Europe.” 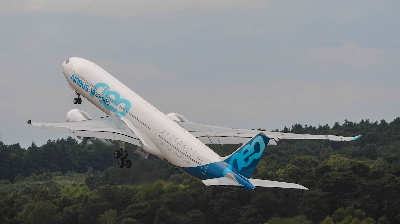