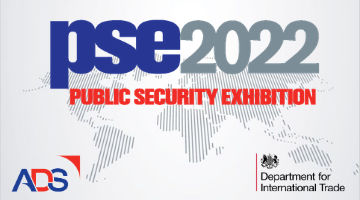 Following a successful PSE in January 2019, ADS will be hosting a PSE in collaboration with the Department for International Trade (DIT) in Brussels to showcase the UK’s innovative security capabilities. exhibitors can expect to showcase their capabilities and engage with a highly targeted audience.

Recent key developments in the Belgium market include a UK/BE declaration on Bilateral Cooperation which sets out a new chapter of deeper bilateral cooperation and partnership covering areas such as trade and security. It will aim to step up the security bilateral cooperation between countries; the 2022-2025 Belgian National Security Strategy, setting priorities for police services in Belgium, with the fight against drug crime, the fight against terrorism and road safety identified as top priorities. The NSS also sets out plans for defensive measures such as an upgrade of network infrastructure and resilience and the creation of a Cyber Force by 2025. It notes ambition for a more coordinated attribution of cyberattacks, and that Belgium’s hosting of EU and NATO HQs makes it a particular target for cyberattack and espionage. Challenges to the global economic system are underlined as a particular concern given Belgium’s open economy and place in the top ten of world exporters. Threats identified include corporate espionage, hostile investment and takeovers, supply chain weaknesses and trade barriers; and, Increased Defence Spending, just weeks before the Russian invasion of Ukraine, Belgium announced a €10.2bn investment package to set it on a path to reach 1.54% GDP by 2030. The recent flurry of increased Defence spending announcements from other nations has resulted in the Government approving an additional short-term €1bn investment package for Defence, focusing on equipment, readiness and cyber resilience. This is creating a lot of additional funds in the short term for Belgian Defence.

Working in partnership with the Department for International Trade (DIT) in Brussels, exhibitors can expect to showcase their capabilities and engage with a highly targeted audience including representatives from:

Working in partnership with DIT in Belgium, exhibitors can expect to showcase their capabilities and engage with a highly targeted audience including representatives from:

CURRENT INTERESTS IN THE BELGIUM MARKET: