UK aerospace sector one of the hardest hit by Brexit

Yesterday, new research by Oliver Wyman and Clifford Chance on ‘The Red Tape Cost of Brexit’, confirmed ADS’ estimates on the post-Brexit costs of customs to the aerospace sector.

In particular, the Oliver Wyman analysis shows that, as a % of GVA, UK aerospace is in the top three sectors facing the highest direct customs costs post-Brexit. Looking at the Olivery Wyman chart below, suggests the tariff and non-tariff costs of a WTO arrangement would be about 8%-8.5% of UK aerospace sector GVA. In absolute terms, this amounts to about £1.1bn in added costs for UK aerospace companies.

While other sectors such as financial services and the auto industry face a much higher post-Brexit bill, adding over £1bn in new, recurring costs to a sector that’s trying to take out 5%-20% cost out each year just remain globally competitive is a huge challenge. 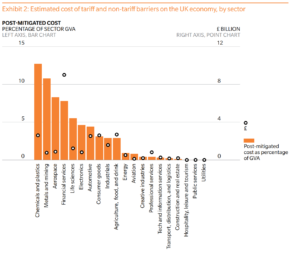 For the EU27, similar analysis shows that, as a % of GVA, the aerospace sector in the EU27 will take the biggest hit from new tariff and non-tariff costs, approximately 2.5% of EU27 aerospace GVA. The analysis by Oliver Wyman and Clifford Chance isn’t that surprising: the European aerospace sector is highly-integrated, and while the EU27 will take a hit from Brexit, the absolute and relative costs to UK are far higher. Something to bear in mind as we head into the second phase of negotiations. 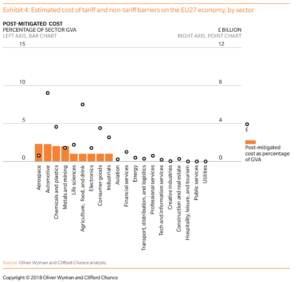 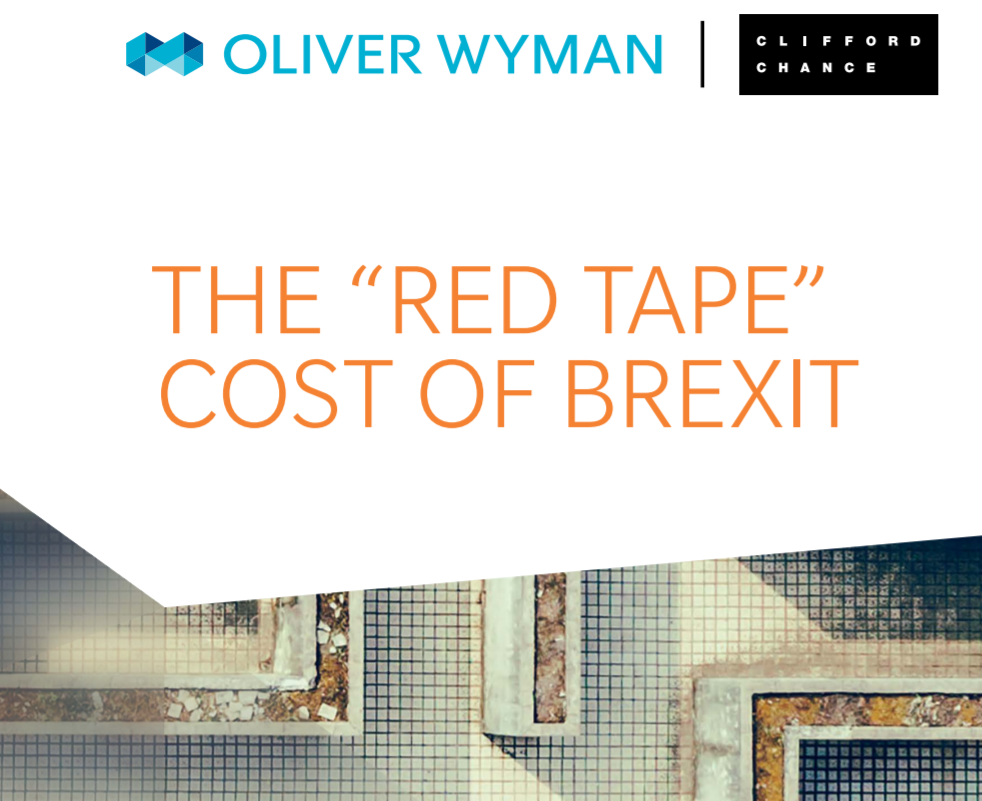