This blog provides a summary of the report by Industrial Communities Alliance on State Aid and its role in rebuilding industry and the regions. The understanding and use of State Aid is likely to be more important as the UK leaves the EU and businesses (industry) look for more government support.

The Alliance’s main aim is to promote the economic, social and environmental benefits of renewing industrial investment across regions in the UK through local authorities.

The report looks at the role of State Aid as a tool that could potentially help the UK strengthen is industrial base, and how the UK currently doesn’t not maximise State Aid used.

State Aid is the transfer of public money, directly or in kind to commercial enterprises for example:

State Aid is considered mostly prohibited, although there is a relatively long list of exemptions under which most State Aid occurs and the limits of aid are generous, this is the General Block Exemption regulation.

Every year members are required to report on State Aid spend, in 2017:

Where the UK spends State Aid:

The UK typically spends less on State Aid than other member states and targets a very narrow range of activities and industries. The Alliance believes more can be done in terms of regional aid to help create and protect jobs and industries.

The UK should consider State Aid as a tool to support the industrial areas of the economy. Either in line with the current EU rules by means of maximising the State Aid opportunities. Or, if the UK looks to diverge and set its own rules, the alliance feel there should be an expansion as to where State Aid can reach in order to support more regional areas, more intensely.

As Brexit approaches and uncertainty continues the government will need to look for ways to support businesses and regions across the UK. We expect that State Aid as a means of support for manufacturing, and other topics from the Industrial Communities Alliance will continue to play an important role in the conversation going forward. 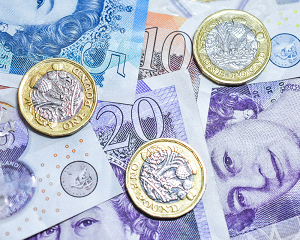