EU should extend No Deal flexibility for finance contracts to aviation

The European Commission’s Vice President, Valdis Dombrovskis, has listened to the finance industry’s warnings and said the EU will continue to allow EU banks and companies access to London’s finance markets if there’s a No Deal Brexit.

In doing so, the EU has set a precedent that it is willing to allow market access to avoid significant economic disruption.

The key issue surrounds the £41tn derivatives trades by EU companies. In a No Deal scenario, EU rules would ban European banks and companies from using clearing houses outside the EU.

Derivatives are financial contracts used by companies across different sectors — ranging from energy to retail — to protect against changes in interest rates or the value of currencies and commodities.

Because existing derivative contracts can be costly and time consuming to transfer to the EU, the Commission will temporarily allow EU-based banks and companies to continue to access London’s capital markets. The only caveat is that the UK needs to keep following EU rules. But given the Withdrawal Bill brought all EU rules into domestic legislation, this would happen by default on Day 1.

This clearly sets a precedent for other sectors. In aviation, for example, the EU’s own technical notices have suggested that EASA will no longer recognise UK-based airworthiness certificates if there is no deal.

That means at 10.59pm on 29th March 2019, the EU will legally recognise a UK-produced aircraft part is safe to fly. But one minute later, at 11.00pm when the UK formally leaves the EU, it will no longer recognise the exact same part as safe to go on an aircraft. Nor would the EU rules allow for UK-registered planes to fly in its airspace, causing significant disruption across Europe.

While EASA is allowing UK companies to apply to be covered as a third-country if there is no deal, we’ve heard EASA has been overwhelmed with applications and won’t be able to process them all before 29th March 2019.

In allowing continued access to London’s capital markets, the Commission has shown it can be flexible in ensuring compliance with its rules. 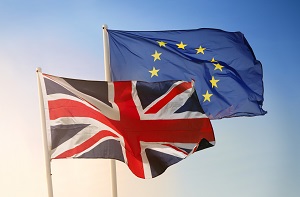