Today is the final day of World Space Week: an annual celebration of the worldwide Space sector which was declared by the United Nations General assembly in 1999.

Coordinated by the World Space Week Association (WSWA), thousands of events took place to promote and celebrate the Space sector.

In the UK, World Space Week was launched at Alton Towers Theme Park following the addition of space-themed Galactica ride earlier this year. The event was opened by American Astronaut Al Worden, Apollo15 command pilot and one of only 24 men to have flown to the moon, answering questions from students in attendance, hosted by British TV presenter Dallas Campbell. Across the rest of UK, a week of free seminars, events and outreach workshops took place.

The UK’s space sector is asserting itself, having seen 27 percent growth since 2010 and an average annual turnover of £11bn. This level of growth is expected to continue as the Space Innovation and Growth Strategy; an initiative in which government, industry, business and academia work together, aims to create 100,000 more jobs and grow annual turnover to £40bn in the UK Space sector by 2030.

Often thought of as a niche industry, the technology developed and used within the UK Space sector supports everyday lives, such as; access to the internet, calls on mobile phones, GPS on satnavs, as well as banking services such as card machines and ATMs.

More than a third of ADS Group members operate in the UK Space sector and are part of many leading Space projects.

A project that caught the country’s attention, thanks to British Astronaut Tim Peake, was the Principia Mission. Tim’s mission to the International Space Station used the unique environment of space to run experiments as well as try out new technologies for future human exploration missions. Tim was the first British ESA astronaut to visit the Space Station where he spent six months as part of the international crew. He participated in more than 250 experiments.

Principia was made-up of a conglomerate of 15 international partners; however, a number from companies across the country are working on innovative technologies which, potentially, pave the way towards the UK one day leading its own mission.

Here are just some of the projects that ADS Group Members are working on:

EXOMARS ROVER
The first ExoMars rover, a space exploration vehicle that is designed to ‘test the waters’ on unexplored planets before sending humans, will land on the surface of Mars in 2020. Airbus Defence and Space in Stevenage is leading the rover’s construction, meaning that the first rover of the ExoMars mission will have been developed, built and tested in the UK. Earlier this year, Major Tim Peake had the honour of driving the rover across the Mars Yard, a simulated Mars environment mimicking conditions on the planet, from the International Space Station while orbiting 248 miles above earth.

TAKE OFF
Reaction Engines – a UK company and ADS Member – is developing a new engine that will power aircraft from standstill on the runway and then transition to rocket-mode, allowing spaceflight.

Their advanced combined cycle air-breathing SABRE rocket engine enables aircraft to operate easily at speeds of up to five times the speed of sound, or fly directly into Earth orbit.

The Synergetic Air-Breathing Rocket Engine (SABRE) has been in development for the past 20 years and could change the way rockets are propelled into outer space.

Inmarsat, a leading mobile satellite communications from the UK, is developing a global satellite network, Global Xpress, which will deliver seamless, globally-available, high-speed broadband connectivity on land, at sea, and in the air.

Technologies like this will provide solutions to disruptive internet connectivity between Earth and the International Space Station.

SPACE CLEAN UP
Outer space has amassed a huge amount of orbital debris from broken-up old rockets and satellites. Earlier this year, controllers had to move the International Space Station out of the way of a fragment of an American Minotaur launcher which had the potential to seriously impact the Station.

The European Space Agency is dedicated to remove this potentially dangerous debris.

Initial investigations are being carried out by Airbus Defence and Space in Stevenage, whose preliminary design, e.Deorbit, incorporates a penetrating tip and crushable cartridge to help embed it in the target satellite structure with ‘barbs’ to keep it adhered so the satellite can then reeled in.

If the designs go ahead, it will be a game-changing piece of space engineering originating from the UK. 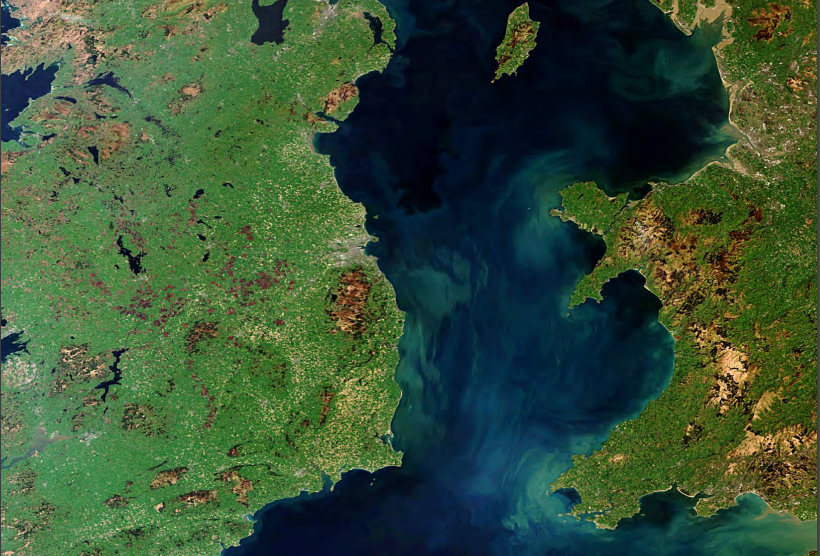