This blog is written by Sam Sears, Public Affairs Adviser at ADS

RUSI’s annual Combat Air Conference confirmed what many in the defence sector had known for years; that ADS members have the ambition and skills to keep the UK at the forefront of European defence and that our departure from the European Union has not hindered our cooperation with European partners on defence projects.

Minister for Defence Procurement, Jeremy Quinn MP announced at the conference last week that the government will invest £2 billion into Tempest, moving into the next phase of the programme to design and deliver the next-generation system. This came with a stark warning that if we cannot keep up with our adversaries there is a threat that we will be “locked out of the skies.” The Minister highlighted that we have seen Russia and China study our systems and develop capabilities to surpass us. Both countries are now exporting advanced air technology around the globe and Tempest provides the UK with an opportunity to showcase its world-leading talents.

Modern threats require modern solutions. Past jets put the platform first, but Tempest, the sixth-generation system is a ‘system of systems’. Tempest will have a virtual brain which can embrace artificial intelligence, deep learning, and novel sensors which can seamlessly share information on land, sea, air, space and the cyber sphere. This was furthered by Colonel Michele Cesario of the Italian Air Force who confirmed that Tempest will be modified with quantum cryptography in the future.

A key part of Tempest that will excite ADS members is the malleable nature of the software, offering unlimited opportunities for development without costly changes to the hardware. An ADS member expressed that where a software update in Tornado would take months with significant hardware changes, Tempest will be able to update software much like our personal mobile phones.

Further lectures in the conference explored the relationships and emerging tensions with the Franco-German FCAS system. Dr Franke of the European Council on Foreign Relations believes that the prospect of Tempest being integrated into FCAS is looking less likely despite the advantages of having a single European system.

Tempest is about having the ‘industrial capability of the future’ with Primes coming together and creating a huge opportunity for SMEs and universities. The Minister asserted that the UK combat air sector generates £6bn a year and employs 46,000 workers across all parts of the UK. it is an ‘envy of the world’. The direct effect of this is that Tempest is benefitting over 300 companies and has already provided 1,800 STEM apprenticeships, known as the “Tempest Generation.”

Tempest offers an exciting evolution to combat air power which will have ripples across the entire defence industry; despite doors potentially closing on an integration of Franco-German FCAS there remain opportunities for further European and Global co-operation on the Tempest project going forward.

Following the launch of the Integrated Review, DSIS and Defence Command Paper ADS are publishing a series of blogs looking at what these documents mean for the defence and security sectors here. 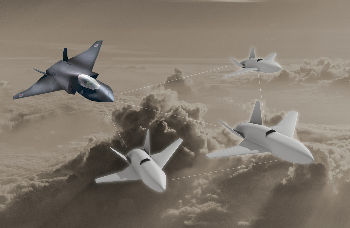