Aerospace has landed at BEIS

It is one of the most important weeks in the calendar for the UK’s aerospace, defence and space sectors and it did not disappoint. Farnborough International Airshow (FIA) saw US $124bn of orders announced – worth $15.2bn (£11.6bn) to the UK; over 80 political visitors including then Prime Minister David Cameron; a flying visit from Sir Richard Branson, and Tim Peake’s first UK public appearance since his six month Principa Mission. While 73,000 trade visitors attended the airshow, aerospace landed at the Department for Business, Energy and Industrial Strategy (BEIS) reception area.

BEIS collated an exhibition, with items contributed by organisations across the aerospace, defence and space sectors, to showcase the industries in an impressive and interactive way. With an abundance of items available to display, there will be a rotation half-way through the six week exhibition.

The exhibition opened in time with the start of FIA and will run until 19 August. At a time when a global audience were present at the airshow, the exhibition complemented this by engaging the many members of the government and the public that visit the building. This exhibition is a great opportunity to showcase the expertise and brilliance of our aerospace, defence and space industries in the UK.

Some of the items exhibited include:

An Airbus A380 model 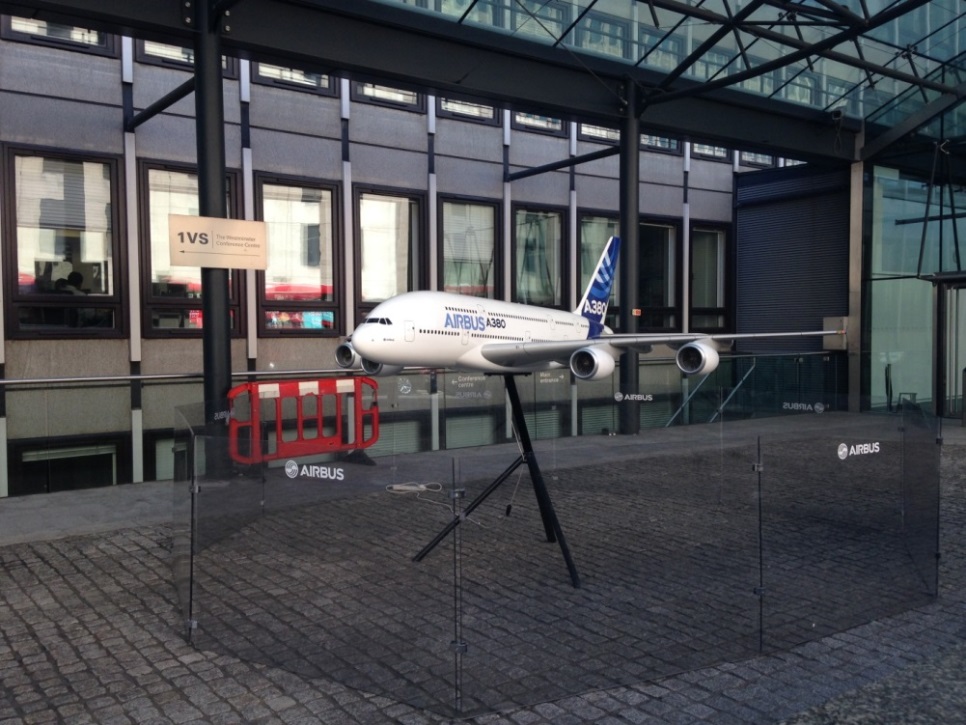 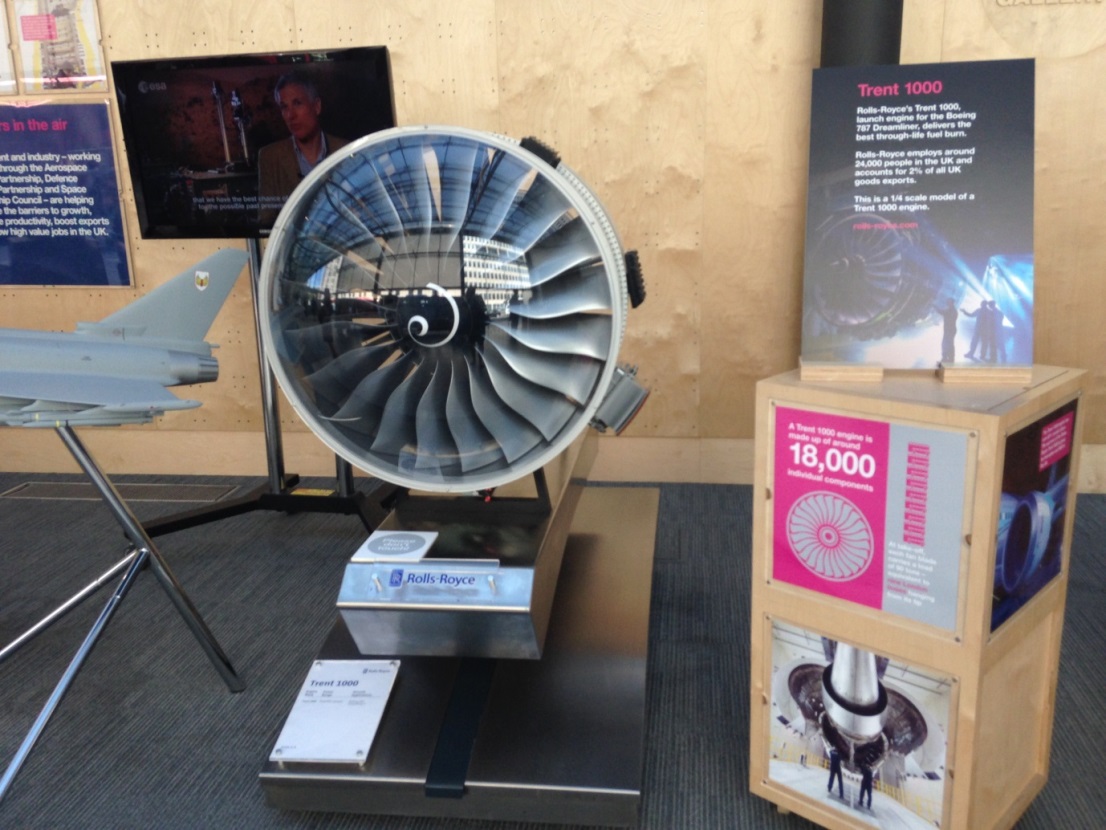 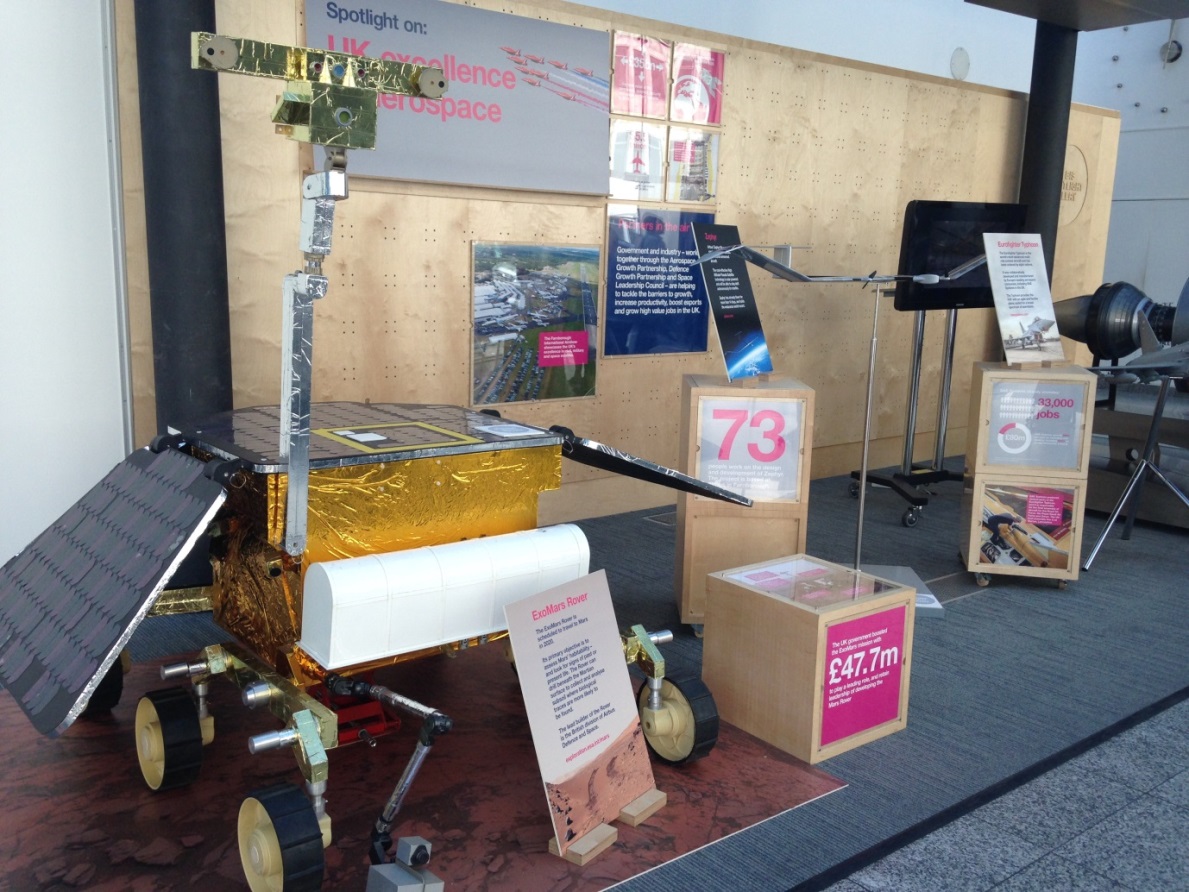 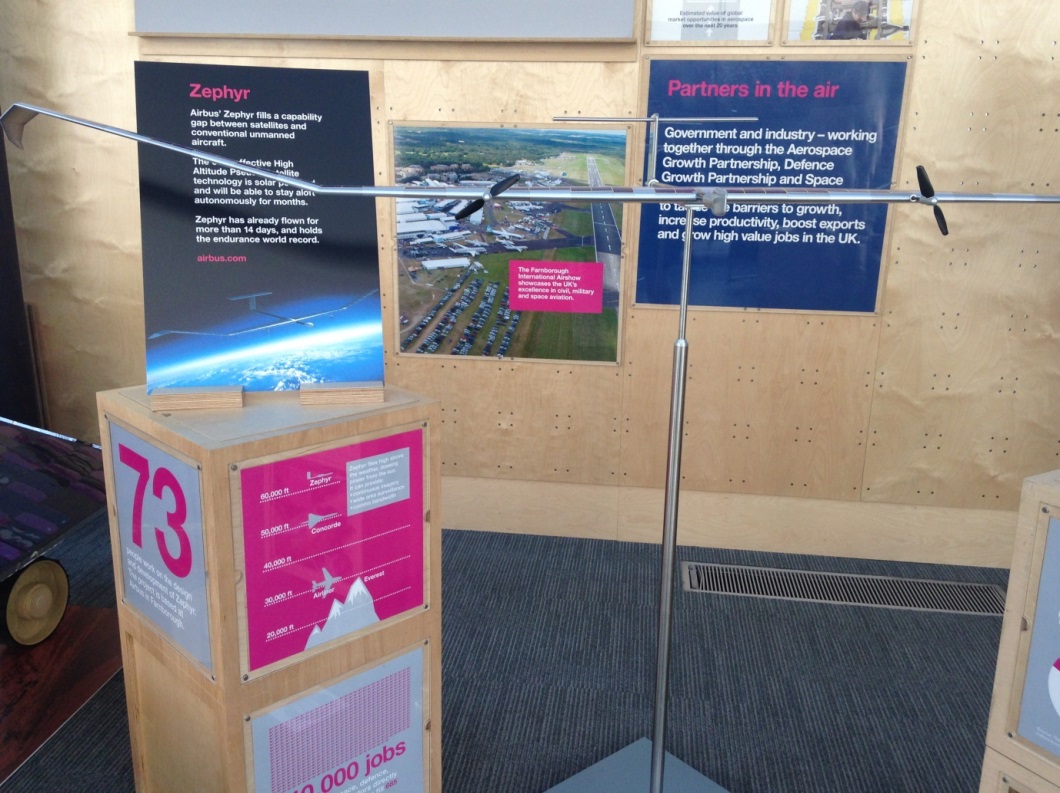 After three weeks, a Leonardo helicopter item will be added to the exhibition.

The Department for Transport is also hosting an exhibition, celebrating ten years of Sustainable Aviation. The display includes examples of sustainable fuels, as well as the achievements in the ten year period around passenger numbers, noise and CO2. 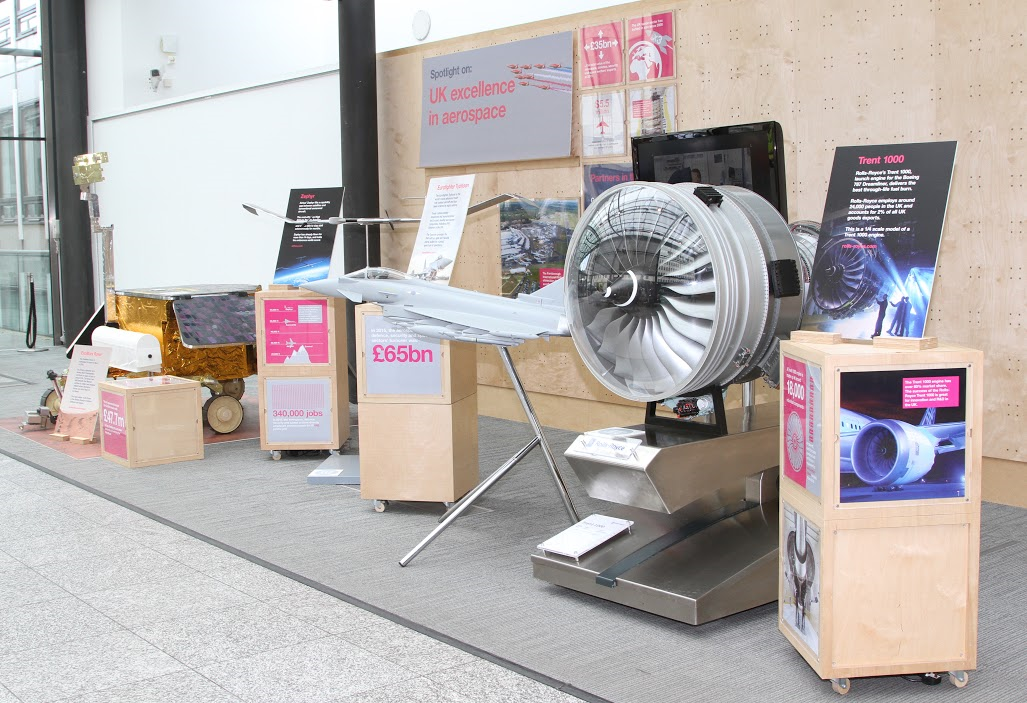