Staging London 2012 involved the largest peacetime security operation in Britain since 1945, giving the wide range of UK companies involved in delivering the Games invaluable experience in tackling the challenges presented by an event of this unique scale and complexity.

“The UK is home to a world-leading security and resilience sector, and the London Olympics has given us a legacy of expertise in delivering major public events and overcoming the security challenges they present.

“There is already a long history of Anglo-French security cooperation, with recent examples including the Lancaster House Treaty signed nine years’ ago and Eurotunnel’s joint border controls.

“We are ready to support Paris 2024, bringing strengths in venue security, command and control, as well as our fast-growing and internationally successful capabilities in data and cyber security.”

The 21st Milipol Paris is held this week, with 1,100 exhibitors and more than 30,000 visitors. ADS is hosting the UK Pavilion, with 14 companies from our security and resilience sector exhibiting. Hugo Rosemont’s keynote speech "Lessons from the London Olympic Games", takes place at the exhibition this afternoon.

ADS members who were involved in delivering major event security for London 2012, and the 2014 Commonwealth Games in Glasgow, include: 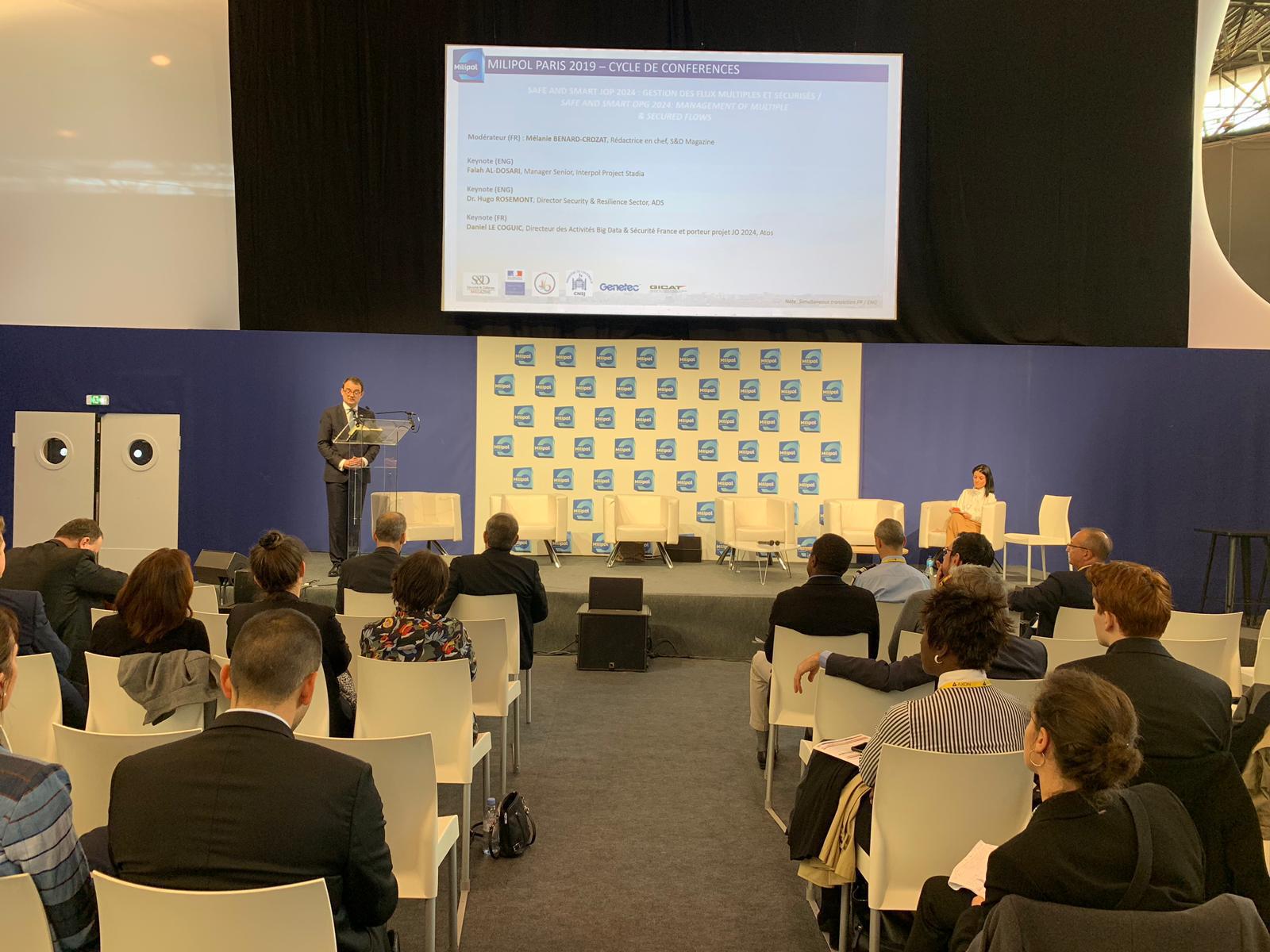