Representing their school, three students from Tonbridge School, finished runners up of the International Rocketry Challenge 2022 after they competed in an international fly-off against teams from the US, Japan, and France.

To finish runner up, Team Traffic Cone met the 2022 mission requirements which required each team to design and build a model rocket, with the fragile payload of two raw eggs, and launch it, reaching at least 835 feet and returning to ground safely within 44 seconds.

As part of the international final, the teams also presented to a judging panel consisting of John Hochheimer, Senior Official, Dave Tranter, ADS, Jeremie Roy, Safran and GIFAS, Sarah Minett, Raytheon Technologies and AIA, on the unique design and build of their rockets, reflecting on the challenges during the test phases, as well as their experience of the International Rocketry Challenge.

“Congratulations to Team Traffic Cone from Tonbridge School who have done a great job at representing the UK and achieving fourth place in the International Rocketry Challenge. I’ve thoroughly enjoyed seeing the progress they have made throughout the competition, and I am proud of them for reaching the international finals held on the global stage of Farnborough International Airshow. It was wonderful to meet them and ESA astronaut Matthias Maurer at lunch and see their horizons expanding.”

“The UK Rocketry and International Rocketry Challenge continues to be a great example of how industry can support and encourage young people into exciting STEM hobbies and inspire them into a career in our industries. Team Traffic Cones’ skills for their age are remarkable and I congratulate all of them on making it to the international finals.”

“The Tonbridge team enjoyed the opportunity to meet the competitors from Japan, France and the USA, making new international friends and sharing their experiences of rocketry.

“There was a great spirit of competition, and alongside the event, the team was treated to memorable visits to the various displays, with the highlight being an evening meal spent with fighter pilots from the American Air Force.

“The two days were great fun and will have inspired the team, giving them a glimpse into the technologies and engineering of the future in aerospace.” 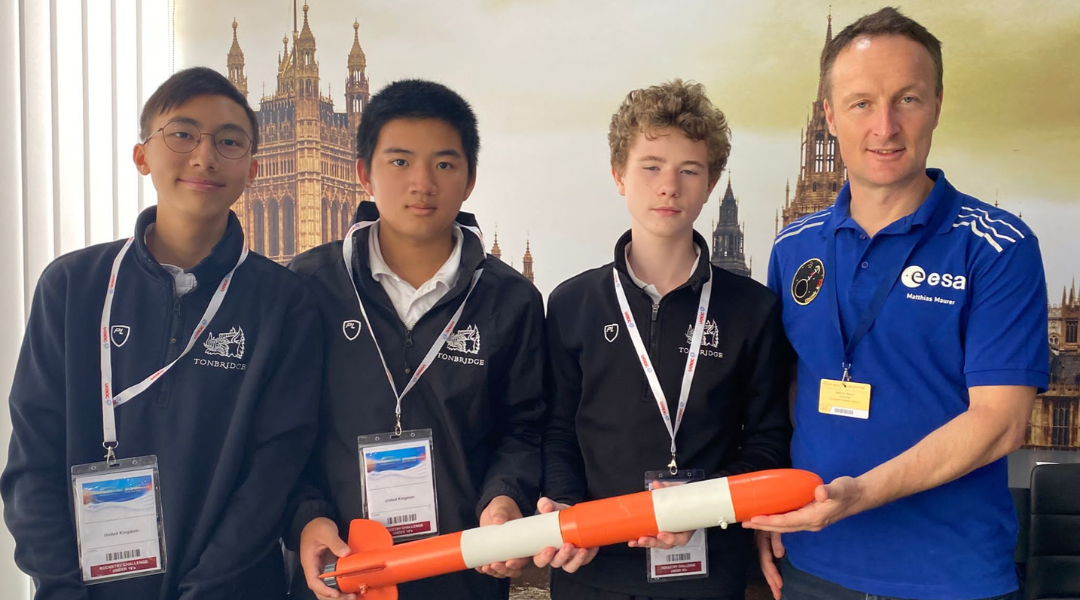