Sir Michael Ryan CBE, Vice President and General Manager of Spirit AeroSystems, Belfast, has been appointed as the Industry Chair of the Aerospace Growth Partnership. Sir Michael’s appointment follows the retirement of Colin Smith CBE, who concluded his very successful 5-year term as the Chair of the partnership in December 2021.

“It’s been a privilege to lead the Aerospace Growth Partnership on behalf of the UK aerospace industry for the last five years, I’ve enjoyed working with the Government on many important issues such as the supply chain, skills and training, and especially the significant investment in technology through the Aerospace Technology Institute, needed for the decarbonisation of our sector. Sir Michael will do a fantastic job taking the AGP to its next phase and I wish him the best of luck.”

“I’m delighted to have been asked to represent the UK aerospace industry as the industry Chair of the AGP. The future of our industry is a matter very close to my heart and I’m looking forward to continuing the work of Colin and the team on our Jet Zero future and maintaining our position as one of the leading aerospace nations in the world”.

Sir Michael Ryan was born in Belfast in 1959. He graduated from Queen’s University, Belfast in 1981 with an honours degree in aeronautical engineering, and joined Short Brothers the same year. Prior to and following Bombardier’s acquisition of Shorts in 1989, he held various senior management positions, including in advanced composites production, fabrications and procurement.

In May 2000, he was appointed vice-president and general manager of Bombardier’s Belfast operations, and in July 2017 became President of the Canadian corporation’s aerostructures business. In 2020, he helped manage the Belfast operation’s successful transition to the new ownership of Kansas-based Spirit AeroSystems.

He was awarded a CBE in the Queen’s New Year Honours List in 2005, and in 2009 received an Honorary Doctorate from Queen’s University Belfast for services to business and commerce, followed by an Honorary Doctorate in 2015 from Ulster University for service to business and corporate social responsibility. In 2021 he was knighted for his services to the economy.

Sir Michael is a Chartered Engineer and a Fellow of the Royal Aeronautical Society and the Royal Academy of Engineering.

Married with three children, he enjoys sports, reading and listening to music. 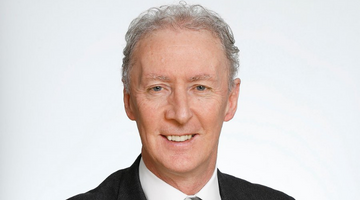