Home » News & Analysis » Industry & Member News
Posted on 18 October, 2021 by Advance
The UK Space Agency and NASA have agreed to work together on a mission to observe and map the heliosphere - the area of space surrounding the Sun filled with charged particles known as the solar wind.

This illustration shows the Interstellar Mapping and Acceleration Probe observing signals from the interaction of the solar wind with the winds of other stars.
Credit: NASA


Scheduled to launch in 2025, the US-led mission will be crucial for future human exploration of the Moon and Mars, and could also improve the UK’s space weather monitoring capability and our understanding of potentially damaging solar flares.

As part of the agreement, Imperial College London will design and build one of the Interstellar Mapping and Acceleration Probe’s (IMAP) 10 instruments – a magnetometer called MAG – while providing ground support and personnel to support the instrument and science team.

The IMAP spacecraft will travel to a point around one million miles away from Earth towards the Sun, where it will monitor and measure how the solar wind interacts with surrounding space.

The boundary zone at the edge of the heliosphere acts as a ‘magnetic bubble’, offering protection from harsh radiation, and it may have played a role in creating a habitable solar system. Investigating this zone will be critical for NASA’s plans for safe human exploration of the Moon and Mars.

Science Minister George Freeman said: "The UK’s first National Space Strategy sets out our ambition to collaborate internationally to consolidate our status as a science and technology superpower. This partnership between NASA and Imperial College London is an excellent example of how UK researchers are playing a leading role in some of the most important space science missions of recent times.

"The science carried out by the IMAP mission could help astronauts travel further than ever before, while also improving how we forecast space weather events that can have a damaging impact on Earth."

Professor Tim Horbury Science Lead for the MAG instrument, from the Department of Physics at Imperial College London said: "IMAP will be doing some really exciting science that neatly fits with expertise we have at Imperial, both for understanding how particles get accelerated to the highest energies, and how our Sun interacts with our neighborhood in the galaxy.

Professor David McComas, the IMAP principal investigator said: "The rest of the IMAP team and I are so pleased to have this partnership with the UK Space Agency and Imperial College London.

"International collaboration such as this makes our mission even stronger."

David McComas of Princeton University leads the IMAP mission and an international team of 24 partner institutions.

The Johns Hopkins Applied Physics Laboratory in Laurel, Maryland, will build the IMAP spacecraft and operate the mission for NASA.

The government recently launched the National Space Strategy which outlines the long-term plans to grow the UK space sector and make Britain a science and technology superpower, including building on manufacturing and technology capacity, attracting investment and working internationally. 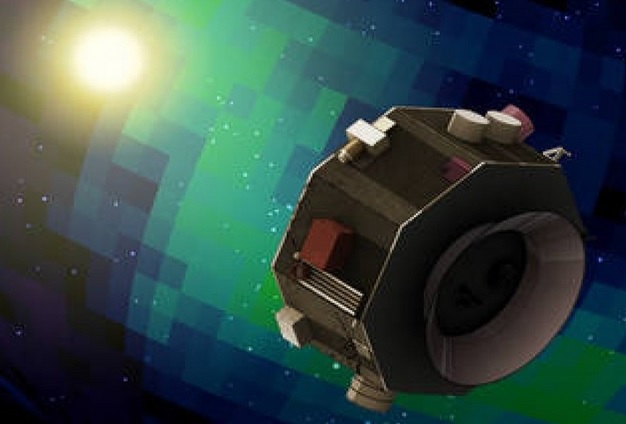