Home » News » Industry & Member News
Posted on 17 October, 2019 by Advance
Titan Airways, the London Stansted-based charter and airline sub-charter specialist, is bolstering its fleet with the introduction of a first Airbus A330 airliner.


The five year young Airbus A330-200 will join Titan’s 12-strong fleet in the first quarter of 2020 and enter revenue service in April.

The A330, leased for a 5 1/2 year term, will be the first wide bodied Airbus variant operated by Titan Airways, replacing a Boeing 767-300ER.

Alastair Kiernan, Business Development Director, said: “The A330 will fulfil long haul requirements previously met by the B767, which we are retiring as we transition towards an all Airbus fleet.  We have selected this aircraft due to the very high standard of the cabin and the crew rest compartment, which will enable us to operate the aircraft to its maximum range. This should open up a wealth of new opportunities in the charter market.”

The spacious modern cabin is configured with 32 fully lie-flat beds and 206 standard economy seats, offering a 32inch seat pitch. All seats are equipped with touch screen in-flight entertainment and in-seat power, allowing passengers to power their own devices. The provision of crew rest extends the range of the aircraft to approximately 14 ½ hours, enabling us to perform extra-long range flight operations.

The introduction of the Airbus A330 follows the arrival of 6 narrow bodied Airbus aircraft - 3 Airbus A321’s, 2 Airbus A320’s and an Airbus A318 - over the last 6 years.  While the Titan fleet currently also comprises a number of Boeing aircraft types, the carrier ultimately intends to transition to an all Airbus fleet, in order to benefit from the cost savings associated with operating a single aircraft type.

Kiernan continued: “With the addition of the A330 we are thrilled to be able to offer our clients a choice of comfortable, modern, economical aircraft with a diversity of capacity and range.”

Titan anticipates strong demand for the new A330 aircraft from other airlines for wet/damp lease, ad-hoc charter and tour operator charter roles. 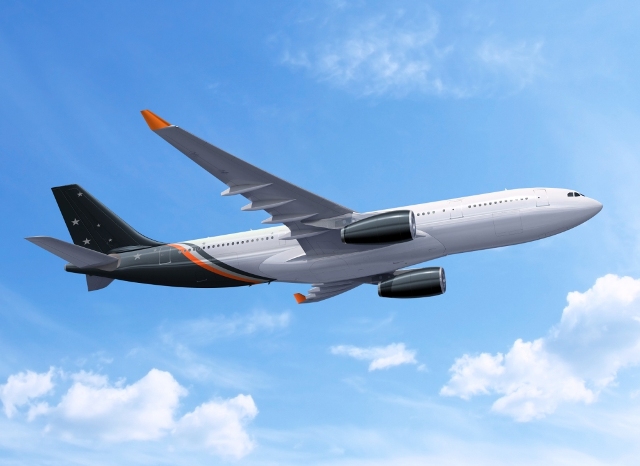