Home » News » Industry & Member News
Posted on 15 November, 2019 by Advance
Rolls-Royce has been awarded a contract by the US Navy to provide V-22 Osprey AE1107C engine support, worth $1.2 billion.


The Derby based company has been given a US$1,208 million firm-fixed-price, indefinite-delivery/indefinite-quantity (IDIQ) contract by the US Navy for sustainment support of the V-22 Osprey AE1107C engines, expected to be completed in February 2025. In a statement yesterday, the US Department of Defense said: 'This contract provides sustainment support of the V-22 AE1107C engine at various V-22 aircraft production, test and operating sites.

The V-22 Osprey is a joint service, multi-mission aircraft with vertical take-off and landing (VTOL) capability. It performs VTOL missions like a conventional helicopter, whilst also having the long-range cruise abilities of a twin turboprop aircraft.

The V-22 is the world's first production tilt rotor aircraft with a 38-foot rotor system and engine/transmission nacelle mounted on each wing tip, powered by pivoting Rolls-Royce/Allison AE1107C engines. 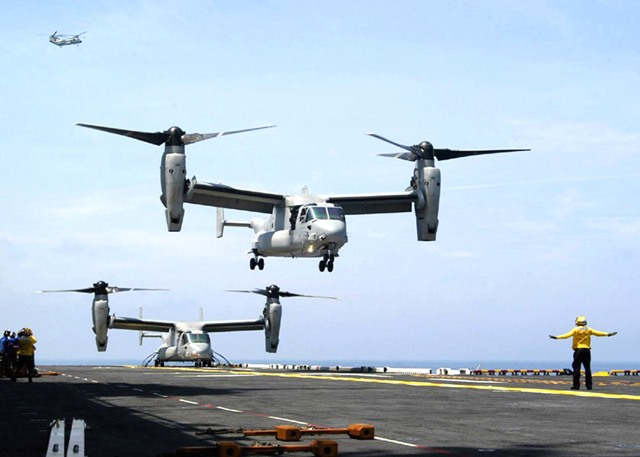