Home » News » Industry & Member News
Posted on 26 July, 2019 by Member News
Today, Air Chief Marshal Sir Stephen Hillier stepped down as Chief of the Air Staff, after three years in command of the Royal Air Force and a total of 39 years distinguished service. In a ceremony before RAF College Hall, Air Chief Marshal Hillier handed the command of 35,000 Regular and Reserve personnel and 5000 Civil Servants and responsibility for the safe and effective operation of the Service’s manned and unmanned aircraft, to Air Chief Marshal Mike Wigston.


During his three years in command, Air Chief Marshal Hillier lead the Air Force through one of its busiest periods with personnel deployed to 33 countries and directly supporting 32 operations in 2019 alone. He also oversaw the introduction of next generation aircraft into service, including the F-35 Lightning, and presided over the landmark RAF100 celebrations.

Reflecting on the handover, Air Chief Marshal Hillier said: “I hand over to my successor, Air Chief Marshal Wigston, inspired and proud of what we have achieved, confident of our bright future, and knowing that the Whole Force and RAF Family will support him in the same exemplary manner as they have done with me.

“Elaine and I offer our very best wishes to everyone in the RAF Family - good luck, and thank you to the RAF for developing me, looking after me, and giving me the most incredible opportunities and experiences.  It truly has been no ordinary job, and no ordinary life.”


Air Chief Marshal Wigston will build on the legacy of RAF100, transforming the Service, to deliver the Next Generation Air Force. He said: “I’m honoured to be the new Chief of the Air Staff.

“The Royal Air Force I joined in 1986 was very different to the one I’m now privileged to command.  We’ve seen a huge amount change in that time, but the constant has been the brilliant people from all walks of life who serve the Royal Air Force with energy, commitment and great pride.

“The future is exciting and offers huge opportunities.  I look forward to leading the Royal Air Force over the coming years, delivering Air and Space power to protect our nation.”

Commissioned on a University Cadetship in 1986, Air Chief Marshal Wigston completed his pilot training on the Tornado GR1 in 1992 followed by a succession of frontline tours, including operational deployments enforcing the no-fly zones in Iraq. In January 2015, he was appointed Commander British Forces Cyprus.

The ceremony, attended by over 400 guests, comprised a unique parade and the handover of the CAS Sword, which bears on its blade the name of the Chiefs of the Air Staff and the year they took office. 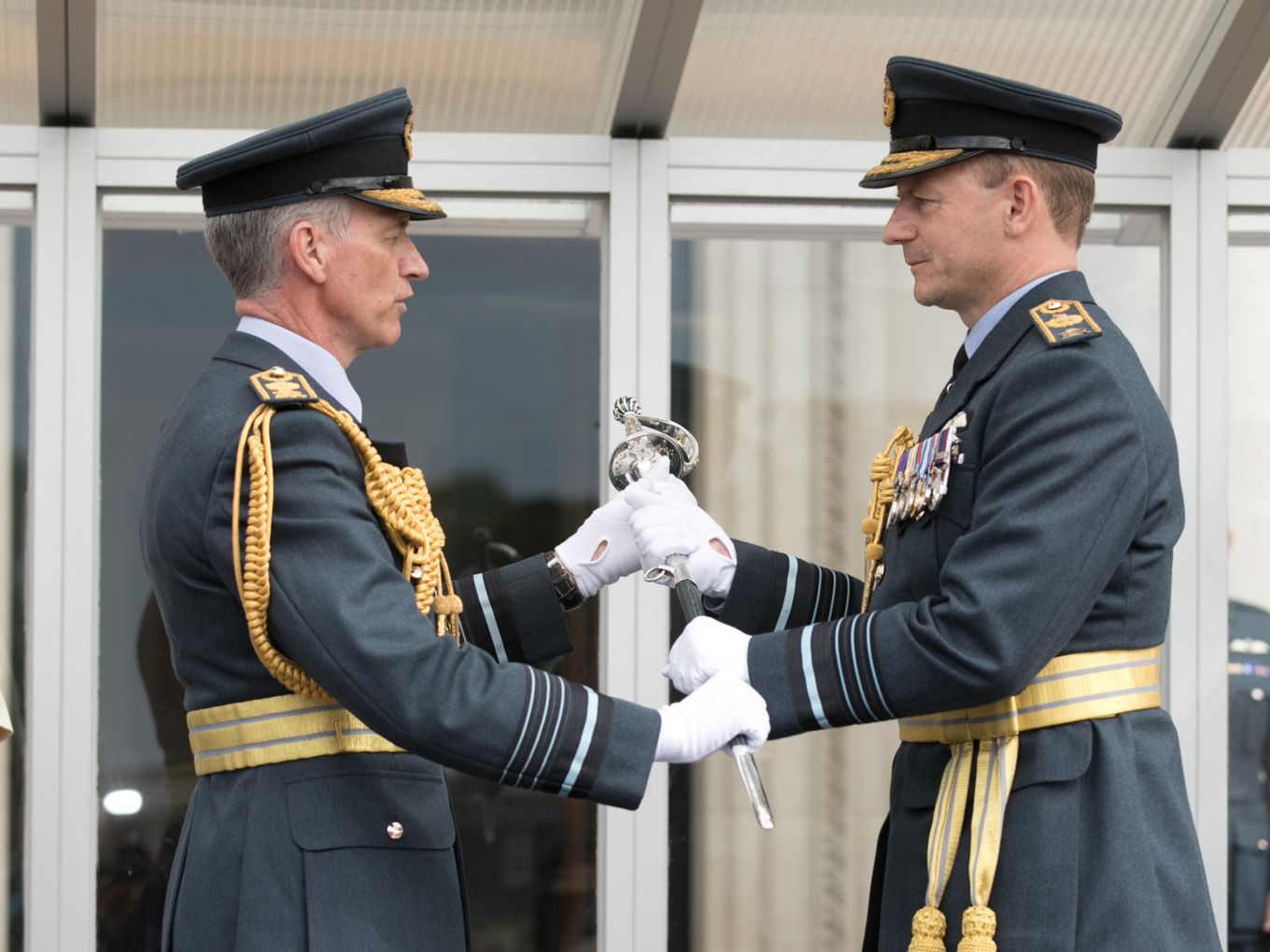