According to the findings of the BRTF Interim Report, published 12th July 2019, "the threat of UAS intrusions introduces great risk and highlights the need for solutions that can safeguard airports from rogue UAS and this potentially disruptive technology. Recent UAS incidents at airports raise concerns of gaps in safety and security and underscore the need for airports to have clear policies to manage these incidents."

The Airport Authority is continually seeking ways to improve YOW's situational awareness within its vast perimeter, regardless of weather or lighting conditions. QinetiQ's Obsidian Counter UAS System has been designed specifically for drone detection, and features enhanced scope and coverage to recognize drone features, while avoiding misclassification of non-drone activity such as bird or wildlife movement.

The Airport Authority, NAV CANADA and QinetiQ will be working in cooperation to facilitate the installation and employment of the Obsidian micro-Doppler radar unit with the goal of determining the feasibility of the system to function compatibly in a civilian airport environment.

Several objectives for the trial have been identified, including:

Assessing the effective utilisation of the system to initiate an appropriate response to drone / RPAS detection between the Airport Authority and NAV CANADA;

Assessing system compatibility in an international airport environment where other partner systems could cause interference; and

Demonstrating YOW's commitment to promoting innovation and leadership in addressing the challenge of drone detection and mitigation.

"The trial with QinetiQ's Obsidian Counter UAS System will provide all parties the opportunity to test a viable detection and mitigation system at an active airport. The trial dovetails perfectly with both the Airport Authority's Drone Incident Protocol and the recommendations in the BRTF's Interim and Final reports," said Mark Laroche, President and CEO of the Ottawa Macdonald-Cartier International Airport Authority, and member of the Blue Ribbon Task Force.

Robert Aubé, Managing Director of QinetiQ Canada said: "Obsidian Counter UAS is specifically designed to meet the current and forecast threat of drone incursion upon critical national infrastructure, including daily operations in complex environments such as the Ottawa Macdonald-Cartier International Airport. This trial will provide all parties with operational evaluation, as well as considerable data to inform future improvements, all the while providing immediate benefits to safety."

Neil Wilson, CEO of NAV CANADA, and member of the Blue Ribbon Task Force, said: "Establishing drone security measures at airports is a crucial component to mitigating risks and maintaining the safety of our skies. Collaborations like this one are crucial to developing policies and practices that ensure drones are safely integrated in our airspace." 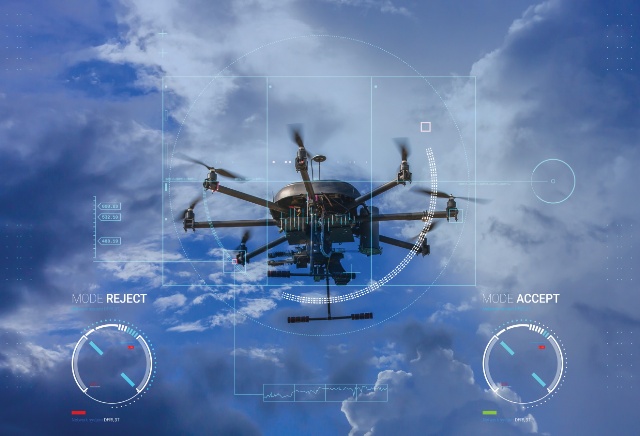