Home » News & Analysis » Industry & Member News
Posted on 27 September, 2021 by Advance
Developer of transformational broadband terminal technologies, Isotropic Systems, has raised over $37 million in an equity financing round, which fully funds the development of its game-changing multilink antennas through to product launch in 2022.


Developer of transformational broadband terminal technologies, Isotropic Systems, has raised over $37 million in an equity financing round, which fully funds the development of its game-changing multilink antennas through to product launch in 2022.

The round is led by Seraphim Space Investment Trust plc - the world’s first listed space tech fund – in the first significant investment since its IPO on the London Stock Exchange in July. The round also included participation from leading strategic and deep-tech venture capital investors including AEI HorizonX, Promus Ventures through its Luxembourg based space investment fund Orbital Ventures, and Firmament Ventures.

Concurrently, Isotropic Systems continues to attract significant support from industry-leading strategic investors including SES and the UK Government.  The continued support from existing investors was driven by Isotropic Systems’ significant progress into the mature stages of product development, providing accelerated funding to achieve upcoming pivotal milestones and fully fund Isotropic through the commercial launch of its first product line in 2022.

As a result, Isotropic Systems has accelerated its production phase in time to support new constellations and satellites launching in GEO, HEO, MEO and LEO orbits from 2022 onwards, and has expanded its workforce by 40% over the last five months.

Isotropic Systems’ patented radio frequency optics technology enables the high-performance multi-link antenna to simultaneously connect to multiple satellites in multiple orbits without any compromise in the performance of each link. This industry first unlocks the global satellite ecosystem for unprecedented connectivity across a broad range of markets, including government, defence, maritime, enterprise, and aerospace. With multiple new space constellations being launched by organisations including OneWeb, Inmarsat, Intelsat, SpaceX, Amazon, SES and Telesat, innovation in space needs to be matched by innovation on the ground, sea and in the air. Isotropic Systems was recently recognised by its inclusion in Lazard’s T100 Index, reflecting its potential for significant growth and sector disruption.

John Finney, Isotropic Systems Founder and CEO, said: “We are delighted to announce this new funding today, which will bring our game-changing technology to reality within the next 12 months. The strong interest we have received from across the industry has given us the confidence to accelerate our growth plans and bring forward the commercialisation of our groundbreaking new terminals, harnessing the potential of the thousands of new satellites being launched across multiple orbits in the year ahead.

“Seraphim Space Investment Trust is invested in many sector leaders within the space ecosystem that have the potential to dominate globally, several of whom are already valued at more than $1 billion. We are delighted that they have led this fundraising round and look forward to James Bruegger joining our Board.”

James Bruegger, CIO of Seraphim Space (Manager) LLP, Seraphim Space Investment Trust’s investment manager, said: “Isotropic Systems is a prime example of why we looked to list our new fund on the London Stock Exchange. With the Seraphim Space Investment Trust, we now have the financial firepower to double down with conviction on our highest potential investments. With its unparalleled ability to simultaneously connect to satellites in different constellations and different orbits, we believe that Isotropic Systems has the technology that will help unlock massive potential growth within the satellite communications market. We are delighted to be stepping up our support for this exciting business as it enters a critical phase in its development.

“This highlights our commitment to financing the best-of-breed companies we see as potential global leaders in Space Tech whilst offering investors a diversified portfolio of companies in the burgeoning Space Tech sector.”

Brian Schettler, Partner and Head of AEI HorizonX, said: “Isotropic Systems unlocks the industry’s ability to provide connectivity to the wave of next generation high-throughput satellites given Isotropic’s dramatic improvements in terminal capabilities at lower costs. The ability to affordably bring seamless and simultaneous connectivity to these new satellites across multiple orbits with different frequencies will be revolutionary, as well as critical to meet the growing demand for broadband data across the globe. We are pleased that our support will help enable this to become a reality.” 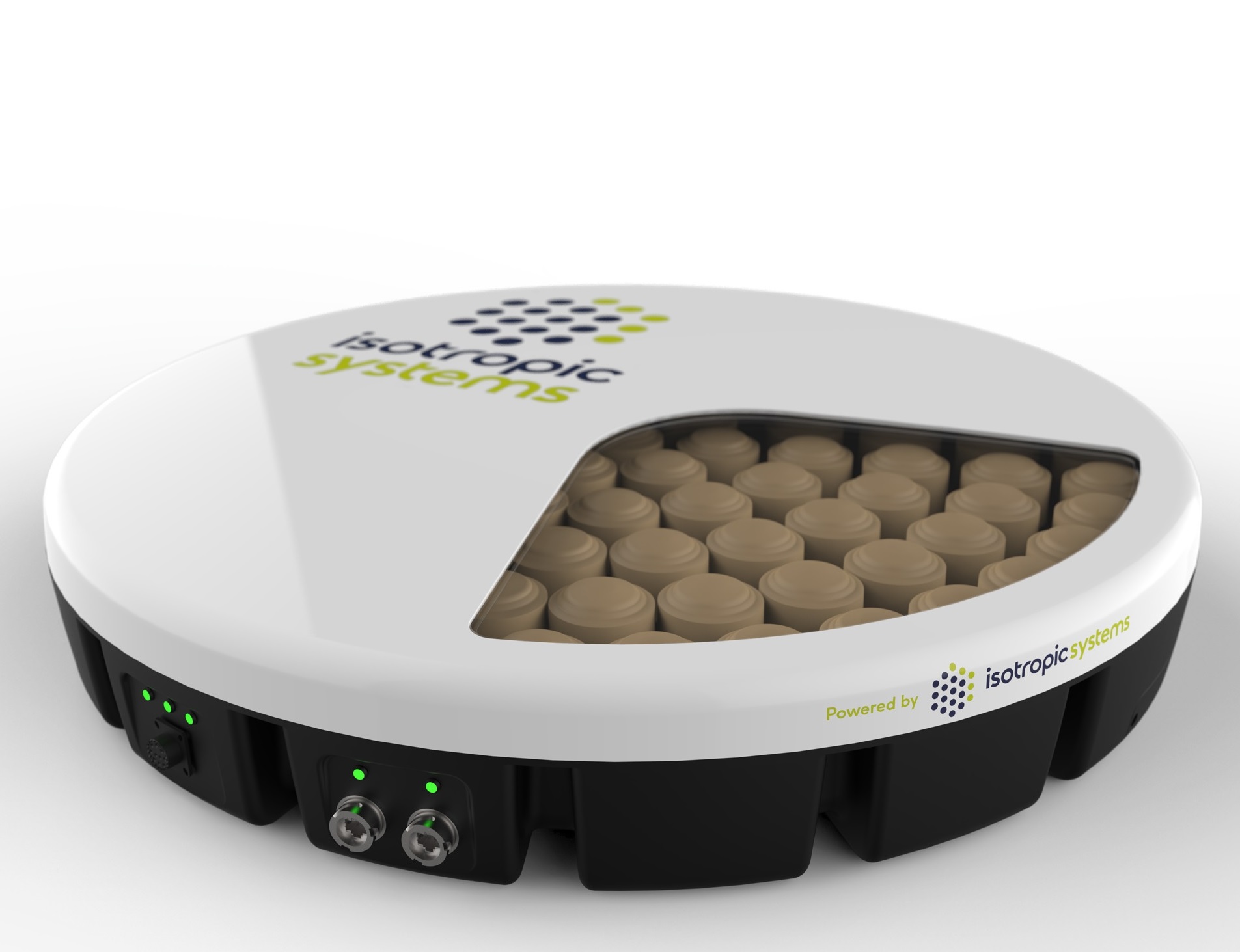