The winners, announced at DSEI, will demonstrate their innovations at the Army Warfighting Experiment (AWE19) in April 2020.

The competition, run by the Defence and Security Accelerator (DASA), sought to find collaborative ideas that could demonstrate semi-autonomous unmanned reconnaissance systems tasked from manned mobile positions for the British Army; a concept known as Manned-Unmanned Teaming (MUM-T).

The funded projects will be led by Leonardo, General Dynamics (UK), QinetiQ, Horiba-Mira, SCISYS and Tekever. The Defence Science and Technology Laboratory (Dstl) as the lead for AWE19, will be providing the experiment design in addition to technical partnership to each of the projects in the lead up to the demonstration.

In announcing the competition winners, Maj Gen Jeremy Bennett, the British Army’s Director of Capability, said: "The Army’s commitment to innovation and UK prosperity has been reinforced in the Army Warfighting Experiment 19. We will work with both the Wildcat prime contractor, Leonardo, and the Ajax manufacturer, General Dynamics (UK), to integrate the control station for UAVs into these platforms.

"Building on previous investment with QinetiQ and Horiba-MIRA we will show how high levels of automation will reduce the cognitive burden for vehicle commanders and helicopter crews. Finally, two consortiums of Small and Medium Sized Enterprises headed by SCISYS and Tekever will explore the benefits of open architectures and operating UAVs beyond visual range."

The British Army, Dstl and DASA competition focused on finding and funding technological advances and innovations that make it as easy as possible for the operator to control an unmanned system, with minimal intervention and operator burden, so that they can concentrate on other military tasks in the field. DASA is committed to reaching out to industry and academia to find solutions to defence and security challenges and in this competition putting innovation into the hands of soldiers quicker. 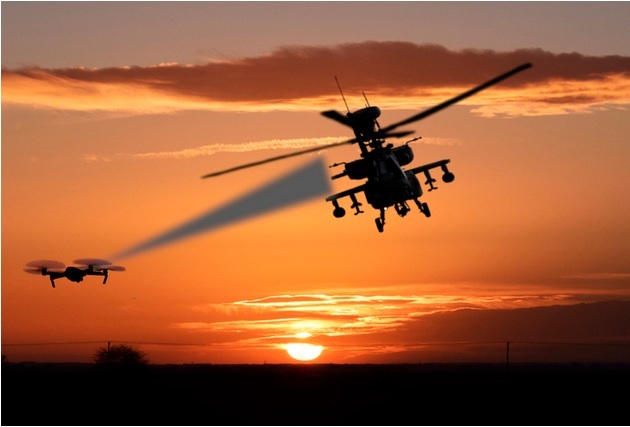