Home » News » Industry & Member News
Posted on 17 October, 2019 by Advance
Developer of advanced military simulation and training software, Bohemia Interactive Simulations (BISim), has announced the introduction of its next generation of desktop training and IG simulation host software, VBS4, in December at I/ITSEC 2019.


BISim has seen significant growth as it heads into the last quarter of 2019. The new contract awards and partnership agreements represent a combination of new customers and expansion of existing relationships. BISim also hired over 40 new staff globally over the past 12 months in software development, quality assurance and other key departments to meet continuing demand for its training solutions from military organisations and system integrators.

“The key to BISim’s momentum is expansion in our product range together with top-class service — from our flagship products VBS3 and VBS Blue IG to state-of-the-art technologies in the areas of AI, terrain data prep, terrain serving, software development kits and VR/AR/MR, we provide a complete platform for system integrators and military organizations to meet the latest training requirements,” said BISim CEO Arthur Alexion.

Since the start of the year, BISim has secured a number of expansionary contracts and partnership agreements:


Through seven separate awards, the US Marine Corps and US Army acquired BISim licenses, maintenance and/or development services. These contracts amount to $8.1m USD and include funding improvements to VBS3, VBS Tactics and VWS (BISim’s newly developed terrain server). This follows funding received under the US Army’s STE initiative which was awarded throughout Q1 and Q2.

The Australian Army renewed the Australian Defence Force enterprise license support for another 12 months and signed new contracts for content in VBS3.

The winner of one of the largest JTAC training programs in the world has awarded BISim a subcontract to provide hundreds of VBS Blue IG licenses to eighteen major training sites for a variety of configurations -- from mobile systems to large dome displays.

A large European nation is renewing its enterprise license of VBS3 and additionally acquiring thousands of licenses of VBS Blue IG.

BISim is looking at building on this momentum with the introduction of its next generation of desktop training and IG simulation host software, VBS4 at I/ITSEC 2019 in December.

“We are further accelerating the capabilities of our product line by introducing VBS4,” Alexion said. “VBS4 brings whole-earth capabilities to desktop military simulation and training. Whilst VBS3 is PC based and has size limitations for terrain areas, VBS4 offers a massive step change in modularity, openness and ease-of-use as well as the performance and terrain enhancing capability of BISim’s new engine, VBS Blue. And, importantly, it is our first step towards a full cloud-enabled desktop training product.”

With the entire planet rendered in VBS4 using a curated global dataset, a massive library of vegetation and clutter models, and advanced procedural enhancement, militaries can dramatically reduce the cost and time of building new detailed virtual terrains. Terrains can be edited in VBS4 collaboratively for the first time with the new easy-to-use, WYSIWYG VBS Geo tool. Other key advantages of VBS4 are significant view distance improvements over VBS3 and further optimized VR/AR visualization as well as tighter integration with VBS Blue IG and enhanced capabilities to act as a host for third party IGs.

By mid-2020, VBS4 will be feature-complete with additional enhancements including animation and physics upgrades, backwards compatibility with VBS3 missions and terrains, and a new workflow for easier creation and configuration of 3D models. VBS4 will also be easily customizable and extendable using BISim’s VBS Simulation SDK.

“BISim expects year-on-year growth in all of its product lines, desktop training, image generation, and terrain generation,” Alexion said. “This will allow us to continue to self-invest alongside our customers in building best-of-breed products and supplying top-class service to all our military and industry customers around the world. We look forward to 2020 with great enthusiasm and are excited to continue to expand the product portfolio and our customer reach in the coming year.” 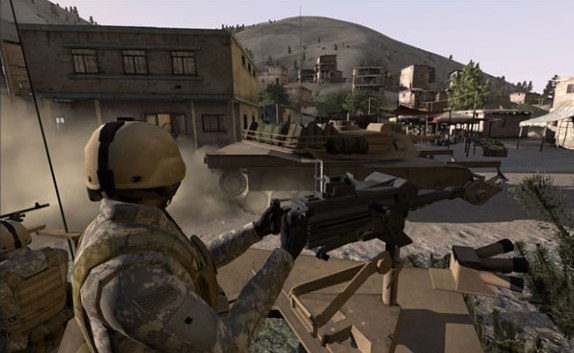