Home » News & Analysis » Industry & Member News
Posted on 18 October, 2021 by Advance
Her Majesty the Queen has approved the appointment of Admiral Sir Tony Radakin KCB ADC to take over from General Sir Nicholas Carter GCB CBE DSO ADC Gen as the next Chief of the Defence Staff.


Defence Secretary Ben Wallace, said: "I’m delighted to congratulate Admiral Sir Tony Radakin on his appointment as Chief of the Defence Staff, a post he will take up on November 30th. Admiral Tony brings an unparalleled wealth of experience to the role at a time of significant change for the Armed Forces and Ministry of Defence. We are modernising to address the challenges posed by an increasingly unstable world and I know he will lead the Armed Forces with distinction in his new post.

"Admiral Tony has been an outstanding First Sea Lord and Chief of Naval Staff overseeing a period of transformation in the Royal Navy that has seen more ships deployed, for longer, all over the world. That includes the inaugural voyage of HMS Queen Elizabeth at the head of our new Carrier Strike Group which set sail in May.

"There is much to be done, at home and abroad, the threats against the UK and our allies are growing. Last year this Government made the biggest investment in Defence since the Cold War, and delivered a transformational vision for the future of the Armed Forces through the Integrated Review and Defence Command Paper. I would like to thank General Sir Nick Carter for his leadership and counsel as Chief of the Defence Staff. I now look forward to working with Admiral Tony as we fulfil the ambitions we both share for the nation’s Armed Forces."

Prime Minister Boris Johnson, said: "I am delighted to welcome Admiral Sir Tony Radakin as the next Chief of the Defence Staff. He has proven himself an outstanding military leader as First Sea Lord and Chief of the Naval Staff and I have every confidence he will be an exceptional Chief of the Defence Staff. Under his command we have more Royal Navy sailors on the front line, more warships at sea – including our two world class aircraft carriers – and we are leading a shipbuilding renaissance which is creating jobs and protecting lives around the UK.

"This Government has made a clear commitment to create the Armed Forces of the future, establishing the biggest defence investment programme since the Cold War. Admiral Tony will lead the Armed Forces at a time of incredible change while upholding the values and standards that they are respected for around the world. I know he will bring drive and dedication to the job and I look forward to working with him.

"We owe General Sir Nick Carter our deepest thanks for his decades of steadfast duty spent keeping the UK, its citizens and our allies safe. During his time as CDS, I have valued his wisdom and support through moments of national crisis, including the Covid pandemic. He leaves his post at the end of November with the Armed Forces in excellent health, ready to face whatever challenges tomorrow brings. I wish him every success in his next endeavour."

Admiral Sir Tony Radakin, said: "I am humbled to have been selected as the next Chief of the Defence Staff. It will be an immense privilege to lead our outstanding people who defend and protect the United Kingdom. I would like to thank General Sir Nick Carter for his leadership and wise stewardship of the UK’s Armed Forces over the last three years.

"I am looking forward to working further with The Rt Hon Ben Wallace MP and the rest of the Department’s senior leadership team as we modernise the Armed Forces and implement the Integrated Review. The Government has given us clarity and additional resource to counter the threats we face as a nation. It is now time to get on and deliver.

"I am honoured to be chosen to lead the Armed Forces in this exciting time and in a period of enormous change. The Prime Minister and Secretary of State have demanded reform and we must seize the opportunity the Government has given us and ensure we are a global force delivering for Global Britain."

It has also been confirmed by Defence Secretary Ben Wallace that Her Majesty the Queen has approved the new appointment of Vice Admiral Sir Ben Key KCB CBE to First Sea Lord and Chief of the Naval Staff.

Defence Secretary Ben Wallace, said: "I am delighted to congratulate Vice Admiral Sir Ben on his appointment to First Sea Lord and Chief of Naval Staff. Sir Ben Key is an exceptional military officer and I have no doubt he will be outstanding in his new post.

"As the current Chief of Joint Operations, Vice Admiral Sir Ben was one of the key architects of the incredible Op Pitting rescue mission, which weeks ago saw the successful evacuation of over 15,000 British nationals and Afghans from Kabul.

"Every day the threats to the UK and our allies multiply, that’s why this Government has made the biggest investment in the Armed Forces since the Cold War, so that we can modernise to meet that threat head on.

"Under Vice Admiral Key’s leadership, the Royal Navy and Royal Marines, are in excellent hands."

Admiral Sir Tony Radakin, said: 2I am very pleased to welcome Vice Admiral Sir Ben Key as the next First Sea Lord. As a previous Fleet Commander and the current Chief of Joint Operations, he will bring a wealth of operational experience to the role. He will continue the modernisation of the Royal Navy to help ensure we can meet future threats and deliver for the Nation.

"We live in a period of enormous change and I am delighted to be working with Sir Ben in my new role as Chief of the Defence Staff to ensure the Royal Navy and the rest of Defence are a global force delivering for Global Britain."

Vice Admiral Sir Ben Key, said: "It is an honour and privilege to be selected as the next First Sea Lord. I am excited at the prospect of leading the exceptional sailors and marines of the Royal Navy through the exciting challenges we have ahead.’

"I look forward to building on the transformation work of my predecessor Adm Sir Tony Radakin and continuing the ambitious modernisation laid out by the government in the IR.

"I have seen close up, as the Chief of Joint Operations, the impact our increasingly globally deployed Navy has had. I am determined we continue to deliver on these opportunities, working with allies and partners around the world in support of the government objectives." 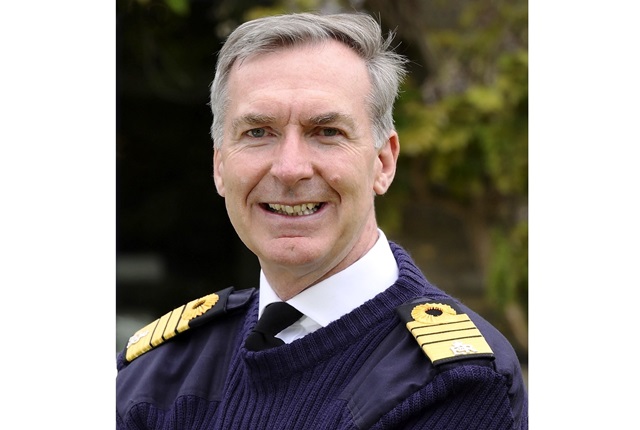