Members with this Capability

Air and Ground Aviation Ltd supplies and distributes aircraft material and aviation support equipment across both civil and military sectors.

We provide dedicated support to a number of companies, including Vector Aerospace, BAE Systems and Leonardo MW Ltd, for both fixed and rotary wing platforms within the United Kingdom and worldwide.

Air and Ground Aviation Ltd hold accreditations to AS9120 certification, along with numerous approvals from customers and suppliers.

With specific approved trading capabilities including export licences, Air and Ground Aviation Ltd provides the full supply of your material from the enquiry stage through to delivery.

With its Head Office in United Kingdom, we have over 100,000 sq.ft of fully stocked warehousing comprising over 500,000 lines of aircraft spare parts and components, with many millions more available through our global supply chain network. We serve operators, end-users, maintenance organisations and contract holders from international offices around the globe and our head office in the United Kingdom, ASL works alongside many overseas air forces, navies and other defence organisations, including NATO and UK MOD.

Fully qualified and accredited to support all mechanical and electronic repair requirements, ASL repairs, overhauls, re-certifies and manufactures, to approved standards, components and assemblies across a multitude of platforms, delivering a diverse range of repair solutions.

A selection of military platforms supported:

An electronic component distributor supporting UK and International customers alike, through our locations in the UK, USA, Mexico, China, Israel, India and Australia.

We are proud to deliver what British companies are best known for, Quality and Service.

Our activities are shaped by our customers, whether that is shielding you from the threat of counterfeit components, working with your design teams to introduce the latest in cutting edge technology or through life support programs for legacy products, Astute have been collaborating with Defence primes to become the partner of choice.

We Design, Qualify, Manufacture, Repair and Overhaul a wide range of Electromechanical components and Systems specific to the requirements of industry, to meet extreme environmental conditions including vibration, acceleration and shock.

As Suppliers to major companies worldwide, our products are designed and manufactured to Aerospace and Military standards. To ensure we meet these standards, we apply stringent manufacturing and inspection procedures

Cablescan manufacture and develop high performance electrical cable assemblies / wiring harnesses / cables and control panels for military and aerospace, we  are certified to AS9100 / ISO9001  Since formation in 1994 our reputation and level of business has developed by bringing cost reduction and added value to many programmes, capabilities include laser wire marking, automatic testing and machine overbraiding.  Our large onsite stockholding of ground vehicle material and facilities operating from a 33,000 square feet facility in Brough in the UK and Nagele in the Netherlands enables Cablescan to respond to UoR requirements.  With onsight Engineering and prototyping capability Cablescan are positioned to support product development through to volume manufacture.

Founded with a view to promote technically focussed manufacturers in a competent engineering environment, Electronic Excellence Ltd supply a range of electronic, electrical and electromechanical components.  Based in Northern Ireland with a local stocking facility, logistical solutions available, aligned with a wide range of innovative like minded manufacturers. ISO 9001:2015, ISO 14001.

Electropages Media is a digital media company and part of the Berkshire Hathaway Group.  We provide our clients with the security of knowing we’ll always be here with the greatest technology, equipment and working practices. We are proud to become the UK's first security vetted and cleared digital media company.

The global Swiss company HUBER+SUHNER develops and manufactures components and system solutions for electrical and optical transportation of data and energy. The company serves customers in the Communication, Transportation and Industrial markets with cables, connectors, cable systems, antennas and other passive components relying on its expertise in radio frequency, fiber optics and low frequency technologies. The products stand out due to their exceptional quality, reliability and durability – even under harsh environmental conditions. HUBER+SUHNER maintains close relationships with its customers in more than 60 countries as the result of its global production network, own group companies and sales offices, as well as numerous distributors. The company captures promising markets with its ground-breaking developments.

J & D Wilkie Ltd (founded 1868) are well established manufacturers and suppliers to the Ministry of Defence.

We produce a wide range of specialist technical textile materials including:

We also have in house design and making up facilities and so can offer a range of bespoke tailor made products as required.

ODU – around the world with perfect connections

In the winter of 1936-37, Otto Dunkel was the head of the research workshop at the German Post Office and trying to build the first ionospheric transmitter – to beam information into the high atmosphere, to be reflected and received in a different place. The tests did not run smoothly, there were big problems with the contact plugs of the transmitters, which did not permit a uniform contact resistance and Otto pondered over how this issue could be solved.

Ultimately, it wasn‘t scientific investigation which helped him, but his own power of observation. “I was standing at my window and looking out into the courtyard and I was quite upset because I wasn‘t making any progress. Then I saw a man in the courtyard sweeping up the leaves with a twig-broom - that gave me the idea for a new contact…….why not divide the contact just like the individual twigs of the broom?

This springwire contact was the first in a long line of inventions and patents – and now ODU is one of the world’s leading suppliers of connector systems. A privately-owned company, head-quartered in Germany, employing 1,650 people around the world, with a turnover of over €150m, supplying a wide variety of markets including automotive, rail, industrial instrumentation, medical, energy and military.

As a 'problem-solving' connector manufacturer, ODU enjoys single-source status with over one hundred of the worlds top manufacturing companies. Why is that? Because, not only do they have expertise, but they work hard at being a flexible and innovative supplier.

In the UK, ODU are probably best known for their miniature military push-pull connectors. Notably, since 2002, ODU have supplied more than 100,000 helmet connectors for the Bowman military communications programme, without a single reported connector failure.

The AMC® [Advanced Military Connector] series was originally developed to meet the ever-demanding needs of the many international Future Soldier programmes, intended to equip the average ground-based combat soldier with an integrated set of high-technology equipment, linked to an array of battlefield information resources.
This range of rugged connectors offers high-performance data transmission, high band-width, high reliability and easy handling in any harsh environment - in sizes that are typically one-third smaller and lighter than using MIL-Std housings with commercial inserts. There are numerous high-density signal configurations, transfer rates up to 10Gbit and versions for combined signal & power up to 15A – all in a very compact package.

To see more go to: http://miniaturemilitaryconnectors.co.uk

Our products are used in land, sea and air applications across industry, broadcasting and the military, and a range from PCB mounted units of a few watts to large system units of several kW.

Petards provide a range of specialist engineering services to the defence sector. The company has established a strong reputation for being a responsive, flexible and reliable partner in delivering challenging military programmes. Petards excels in the disciplines of Communications and Information Systems, Ruggedised Electronic Control Systems, Electronic Countermeasure Systems and in the provision of Engineering Services to the UK MOD and other NATO Countries.

Phoenix Systems are a high quality Contract Electronics Manufacturer who offer assembly of PCB's, assembly of cable harnesses to the full Turnkey solution. Phoenix are AS9100 rev C accredited, operating predominately in the Avionics, Military, Railways and Industrial sectors.

We offer a range of parts including connectors, backshells, accessories and custom designs. Alongside this, we also have our large non-traceable stocking department which houses over 1M + parts.

We offer the following services:

- Custom Designs on most of our connectors and backshells.

Whatever the application, we can source the right connector and accessory to meet your requirements.

We have JOSCAR Stage 2 accreditation.

Stäubli is an innovative mechatronics solutions provider with three dedicated activities: Connectors, Robotics and Textile. With a workforce of over 4500, Stäubli has a presence in 29 countries and agents in 50 countries around the world.

For decades Stäubli has supplied the aerospace industry with couplings and developed specialized connection solutions for the military. We are relied upon to deliver the exceptional safety, lightness and cleanliness these industries demand for a range of applications such as air conditioning, breathing air, compressed air, fuel, hydraulics and thermal management.

On Platform, In Production, In Test, In MRO. 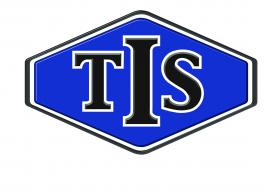 As a contractor to the MoD (UK) for over 30 years and a long and successful association with the Royal Navy & Royal Fleet Auxiliary, we now design, manufacture, supply and maintain a wide variety of Communication and Surveillance systems.Working closely with the Naval Departments we have developed economical and highly efficient systems to comply with the changing needs of modern military applications.Equipment supplied by TIS can now be found in Navies worldwide.This unique blend of experience and skills provides our customers with access to the most advanced technical systems with proven reliability and efficient maintenance at a realistic cost to the highest QA standard of BS EN ISO 9001.

Adapters to mitigate device obsolescence and allocation, from simple 1:1 “off the shelf” footprint conversion to complex ASIC software retargeting

All types of PCB interconnect including cross referral of standard “me too” products to cost effective custom solutions.

Mechanical components from Jermyn transistor pads, bushes, and component holders to the creation or reengineering of small metal and plastic parts

Winslow Adaptics have been manufacturing in the UK for 40 years and a have a proven track record of delivering timely solutions with the highest quality of service. A fully integrated facility enables us to provide many solutions at all volumes, from just one piece right through to production quantities.

Regions with this Capability