Last week the Office for National Statistics (ONS) published estimates of GDP figures for the month of November 2021. The UK economy grew by 0.9 per cent month-on-month in November, and this puts growth rates back above pre-pandemic levels and output is now 0.7 per cent above February 2020 levels.

November did see the introduction of the Omicron COVID variant, but this came later in the months and seems to have had very little impact on the economy growth rates so far. Similarly mild weather has kept many of us active in the winter months and service and production output both saw growth of 0.7 per cent and 1.0 per cent, respectively. Supply chain issues continue to linger, with future concerns around wage inflation for skilled workers and rising energy prices for businesses across manufacturing. Production output remains 2.6 per cent below pre-pandemic levels (February 2020).

Manufacturing production output also grew in the month of November by 1.1 per cent with the manufacture of machinery and transport equipment leading the growth. There was growth in nine out of 13 subsectors of manufacturing which is now 2.2 per cent below February 2020 output levels.

Despite transport manufacture leading the growth in manufacturing, this is concentrated to the automotive sector which saw 7.8 per cent growth in November, following two months of decline. There have been reports that previous challenges in supply chain sourcing are easing but shortages persist.

Aerospace manufacture output fell in the month of November by a further 2.6 per cent.

Aerospace is the manufacturing sector that remains significantly weaker than in February 2020, at 36.1 per cent smaller in terms of output. Aerospace manufacturing output continues to decline at marginal rates despite some stabilisation over summer months in recent months.

Compared to this time last year, the aerospace sector is 4.4 per cent larger in terms of production output than in November 2020. Significantly for the sector, one year on, some international travel restrictions have eased and there has been widespread take up of the vaccination programme. However, this will take time to feed into the production figures for aircraft, this may be on the way as rate increases as expected later in 2022, at least for single-aisle aircraft.

UK flights (arrivals and departures) in November remained around 30 per cent below 2019 levels, which is a marked improvement on recent months.  The chart shows the low and flat output for the aerospace sector compared to other manufacturing industries and total UK GDP where our sector is suffering prolonged low levels of output. 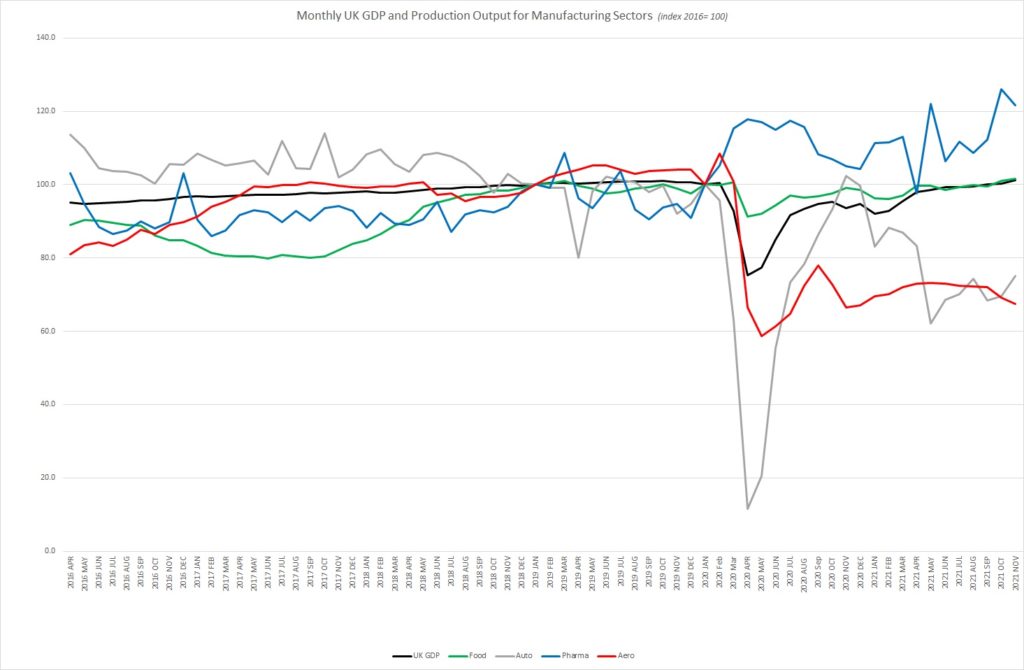 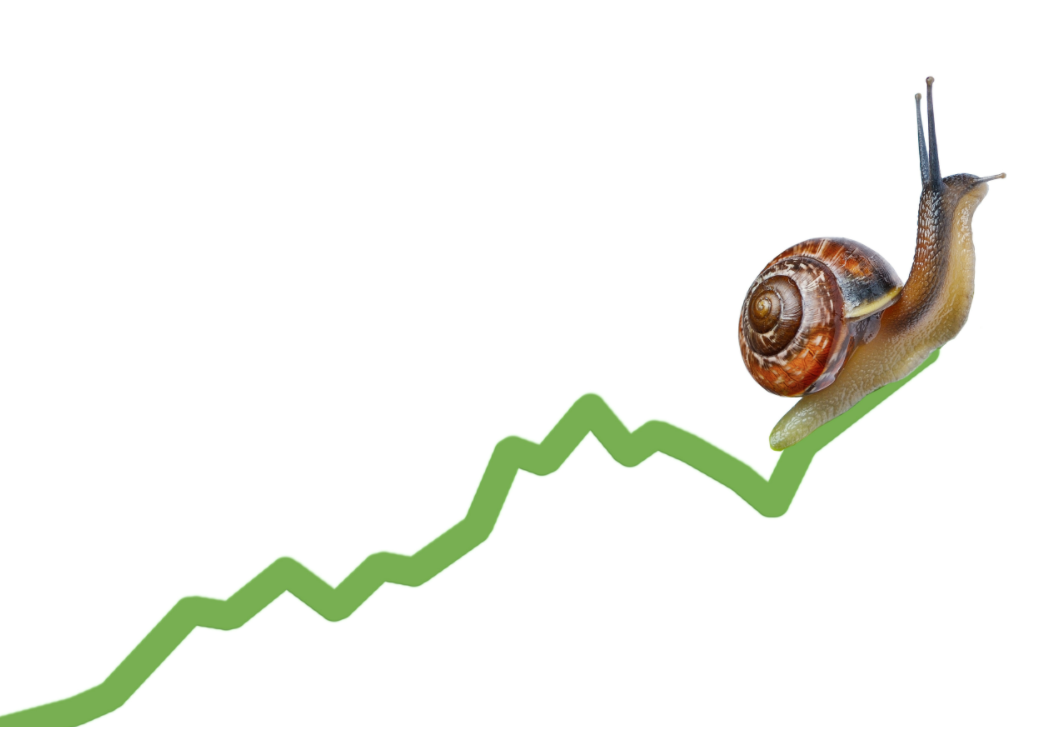