With Freedom Day (in England) on July 19 2021, many anticipated that the July growth figures would be significant especially given the general excitement in July of summer holiday staycations and England football team at the Euro finals. However, the overzealous pinging of the COVID app bought growth to bit of a halt. As we know, policy and technology sensitivity were both altered by the mid-Summer but the damage to growth had already been done, with hospitality, manufacturing, and construction all suffering from the workforce being out of action.

The fastest growing service industry in the month of July was air transport, which increased by 118.4% after some travel restrictions were eased. However, the sector is still very subdued compared to pre-pandemic levels and the UK flights of arrivals and departures were on average 62 percent fewer than the same month in 2019.

Despite five months of consecutive growth, manufacturing output was flat in July 2021 owing to impacts of the ping-demic and lower levels of demand in some key areas including aerospace manufacturing. Only four out of thirteen subsectors experienced growth in July 2021, and the sector with the strongest contribution to growth was the manufacture of transport equipment sector. Manufacturing output remains 2.3 percent below pre-pandemic levels.

In our comparison list of the manufacture of food, pharmaceuticals, automotive and aerospace, automotive manufacturing saw increased monthly growth beyond other sectors. This growth comes following supply shortages and shutdowns in previous months for the sector and whilst most other sectors remained flat, aerospace output declined.

Aerospace is the manufacturing sector that remains significantly weaker than in February 2020, at 38.3 percent smaller in terms of output. After three months of relatively flat output, a decline is unwelcomed albeit even by just 1 percent, output is back at March 2021 levels and compared to July 2020 the sector has grown only 2.7 percent.

The chart shows the low and flat output for the aerospace manufacture sector compared to other manufacturing industries and total UK GDP, the sector continues to lag and ongoing restrictions to international travel are impeding the prospects of recovery for the sector. 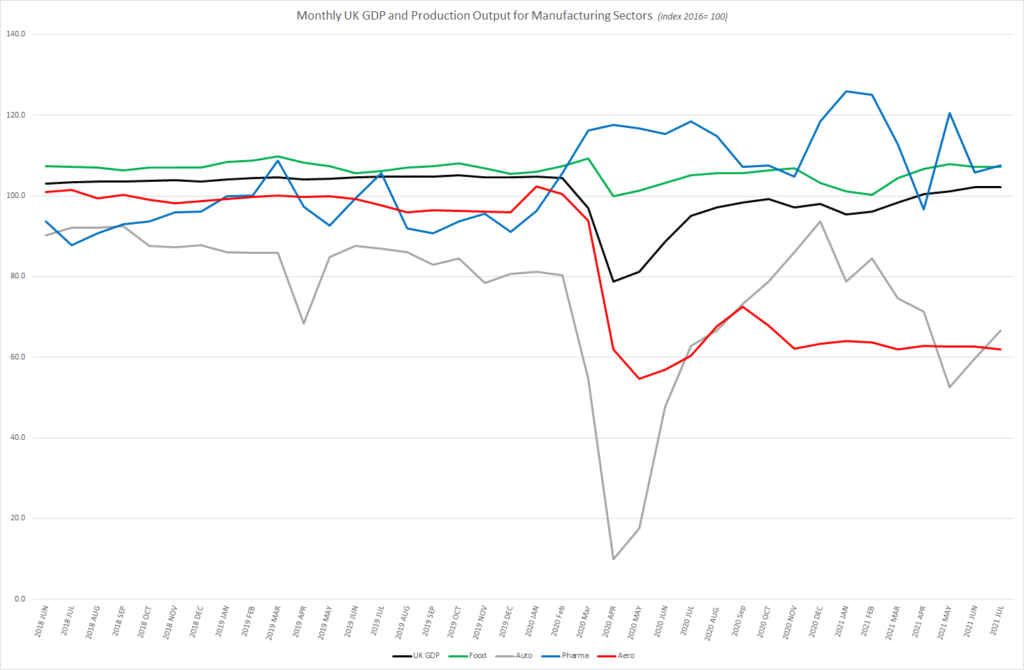 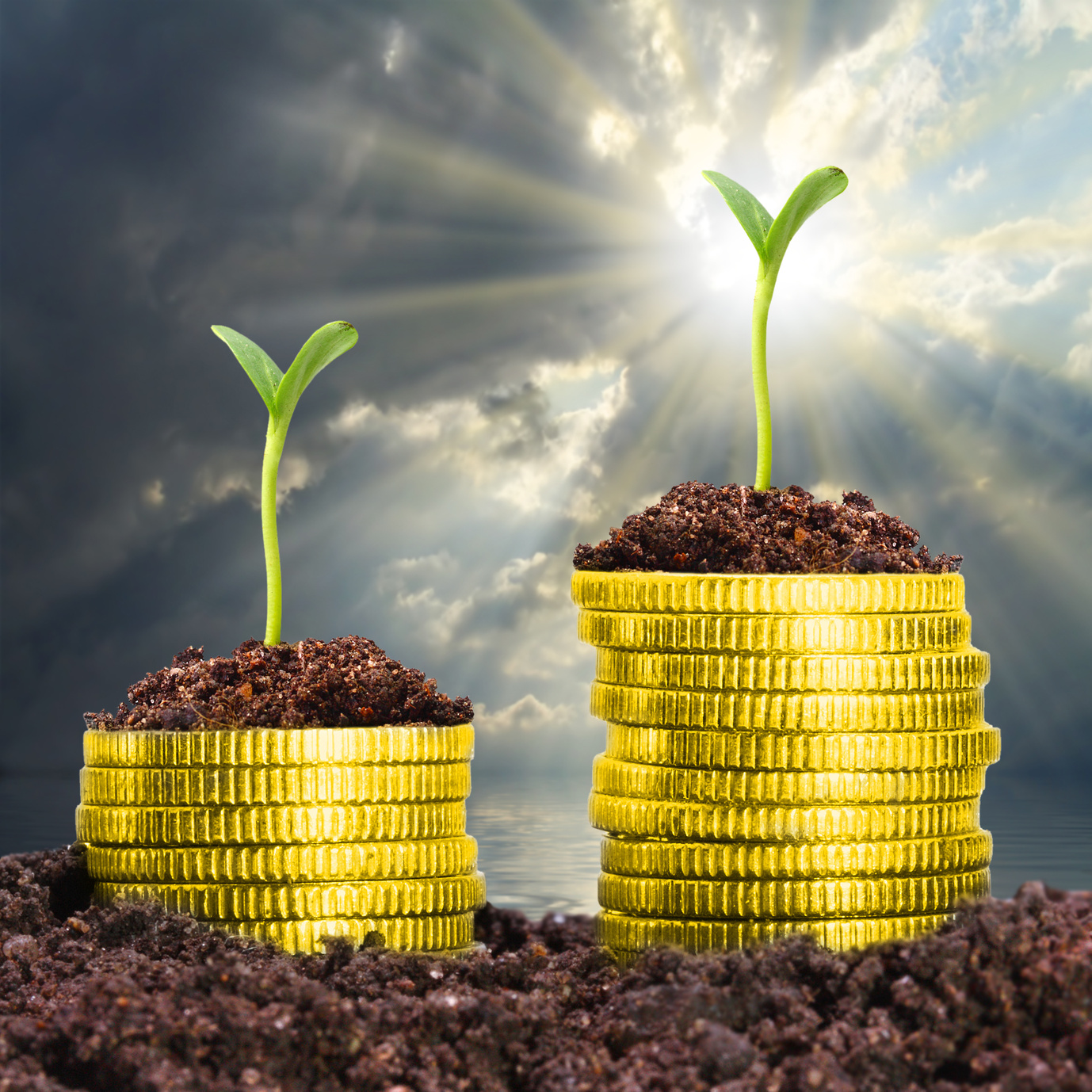