Defence – Contributing to a National Prosperity at Home and Abroad #ADSFacts

The UK Defence Industry continues to make significant contributions to the UK economy, as well as supporting the vision of a Global Britain and the role that the UK plays as responsible international power. With a turnover of £22.1bn in the past year UK Defence remains a heavyweight national industry.

The UK Defence Industry is a prime example of the UK’s aspirations for the national workforce of the future. With an average salary that is 42% higher than the national average Defence jobs in the UK represent high-value, highly-skilled workers in a range of disciplines. From mechanical engineers to software programmers and high-value design jobs the UK Defence Industry holds a myriad of talents and skills that are all vital to national security. ADS members are also looking towards the future, with over 4,200 apprentices in training across the country. Energised by the opportunity to work on flagship national programmes such as the Queen Elizabeth Class Aircraft Carriers, UK Defence offers high-profile projects unlike any other industry.

Defence Exports remain vitally important to the UK economy, averaging £7.3bn per annum between 2012 – 2016. This activity not only retain vital jobs and skills within the UK, contributing to long-term national prosperity, it also provides a launchpad upon which other exporting activity can take place. Defence diplomacy and the collaboration between Government and industry in the export market will only continue to increase in importance as the UK leaves the EU.

Increasingly Defence is becoming more inclusive of all the regions and nations of the UK. Defence companies are based all around Great Britain and Northern Ireland in business clusters and close to the primary MOD customer. Traditionally the South-West and South-East have housed the vast majority of jobs, however as Defence diversifies its supplier base companies from all regions are engaging with Defence. ADS members continue to engage with the trend that has seen industires collaboration and merge more than ever before; civil aerospace, digital technologies, motorsport, nucelar, and transport all work closely with Defence companies on R&D programmes. This brings new ideas, mature technologies, and different ways of working that contribute to the diverse nature of our industry.

Finally, the UK remains a globally responsible international player and the Defence Industry is a vital part of making this happen. Across the globe UK industry works alongside our armed force to deliver effects. From humanitarian relief and anti-piracy operations, to global surveyance in the arctic tackling climate change, the UK armed forces and industry work in ever closer partnership. This Whole Force Approach is vital to a modern, efficient, and effective global UK presence. 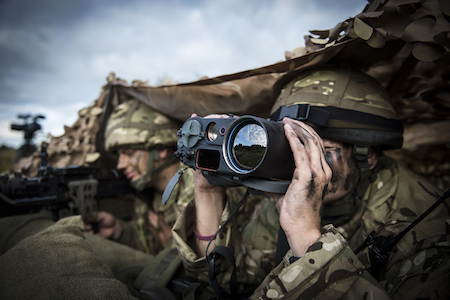 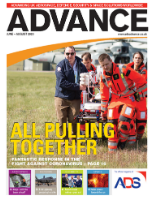