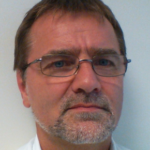 After military services (1984 to 1987) and university studies of Aerospace Engineering at the Technical University of Munich (1987 to 1993), Peter Eichmüller started his professional career in 1993 as a sales engineer at BRENT GmbH for NDT-systems and special chemicals for aerospace industry. After additional IT qualification in 1995/1996 (network technology, software and database development, IT security) and 4 years at a German IT solution provider (ESP Systems), Mr. Eichmüller changed in 1999 to Airbus (former named EADS, Cassidian and DASA) in the area of supportability engineering.

For more than 20 years at AIRBUS Mr. Eichmüller have had the opportunity to influence and participate in numerous international projects in the frame of Integrated Logistic Support (ILS) and especially Logistic Support Analysis (LSA). In the field of LSA he was nominated by Airbus as an expert in 2012. His work area includes project participation (helicopter programs TIGER and NH90, Eurofighter Typhoon, NATO-AGS, EuroDrone, etc.) as well as standardization activities in the frame of ASD/AIA (actual S3000L Steering Committee Vice Chair), of NATO and of IEC/ISO.