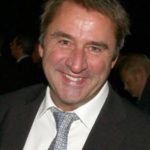 Dr. Paul Moxey runs his own company and is currently working for AIRBUS Defence and Space Industry under contract on the Tornado “In-Service Maintenance Optimisation” program in Germany. This is to develop and optimize the Preventive Maintenance currently identified to ensure that the Tornado can fly safely until 2035 after being extended from its previous exit date of 2018. The philosophy being used to generate the preventive maintenance program is ASD S4000P.

Dr. Moxey gained his PhD in 2013, based on his contribution to the development of RCM in the UK, and is presently the Co-Chairman of the ASD4000P Working Group, having been instrumental in its development since 2010. He was in the RAF for 24 years as an aircraft engineer; finishing his career conducting RCM studies on various aircraft in the RAF and Navy. He has over 25 years’ experience in the RCM analysis discipline, having played a major role in the RAF Tornado RCM program for BAE SYSTEMS, developing a bespoke preventive maintenance program for aircraft flying in the Middle East. Based on that success, he then went on to the Typhoon Maintenance Extension Program in 2010 as the Team Leader, which also involved teaching RCM philosophy to engineers in Germany, Italy and Spain.