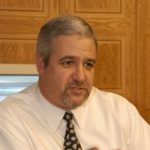 Paul has been involved with the production and maintenance of S1000D since 1998 and is currently the Aerospace Industries of America (AIA) industry representative, fulfilling the role of Vice Secretary, on the S1000D Council. He is also Chairman of the S1000D Production and Publishing Working Group (PPWG), which is responsible for the editing and final publishing of S1000D. He is also an active member on various task teams that have been established by the S1000D Steering Committee.