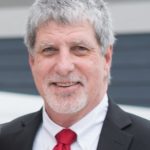 Paul Conn is Director of Electronic Data Standards for the ATA e-Business Program. Paul has over 27 years of experience in the field of e-business standards; including 22 years in the aviation industry.

Previously, Paul served as Manager of Technical Development for ATA’s Spec 2000 program and later as Director of XML Standards. Paul also served as Director of Data & Integration Standards at Cordiem, an aviation industry dot-com startup in the early 2000’s, and as Vice President of e-Business Initiatives for Idealliance, one of the leading organizations in the early days of development and promotion of XML standards. In his current role, Paul heads several of the Civil Aviation industry’s electronic data exchange standards initiatives, including Civil Aviation participation in ongoing development of S1000D.